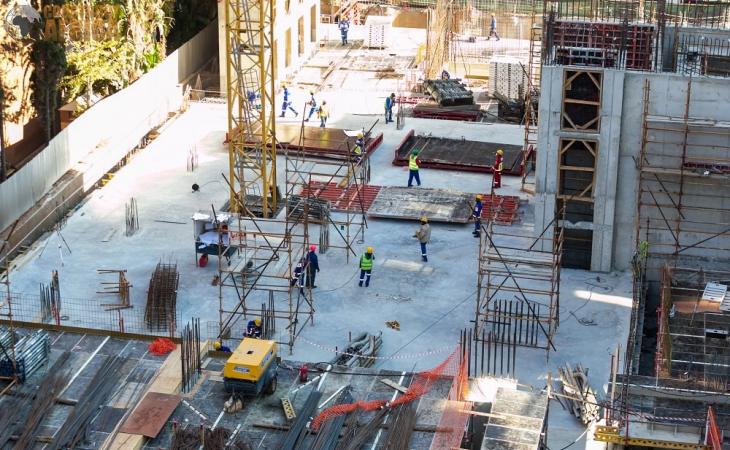 Many countries in Africa have been experiencing an economic boom in recent years. Many sectors have contributed to this economic rise. But their success seems to be very evident in two specific sectors: construction and mining.

What are the possible reasons for the construction and mining growth in Africa? What do the numbers say about future investments? Is there more room for growth?

Here, we have a rundown of the possible reasons why Africa has seen such a jump in their economy through construction and mining. We will discuss all that has changed and all that will change. But first, let’s take a look at a brief summary of Africa’s current economic progress.

The recent construction and mining growth in Africa can be seen all over the continent, but this was not the case before. Many African countries had to go through extreme changes just to get to where they are now. Several reforms were implemented, and most of them were even met with public unrest. But more on that later.

Right now, Africa's construction industry is expected to expand in the coming years according to a report by Deloitte. The report also noted that the continent's fastest-growing economic regions namely, Ethiopia and Ghana, are slowly moving into globalisation.

This means that we can expect more foreign investments and projects pouring in from all fronts. The key difference is that stricter barriers from the government result in a much more controlled influx of economic changes. Even with 2020's COVID-19, the progress in construction and mining are still going steady.

Because of this, the construction industry in Africa is now heralded as the continent's main driver for social change, contributing to a majority of its Gross Domestic and Gross National Product.

Here are some of the main factors that could account for the construction and mining growth in Africa.

Kenya, Egypt, Nigeria – these are just some of the many countries that have started to exhaust more efforts into promoting domestic and international projects. With government support, many projects were finally put forth.

One of the main projects that they set their efforts on was developing new cities. This meant promoting the real estate industry in regions that never had that kind of development before. Bypass roads were built and new dams were constructed to support this long-term goal. In effect, the construction sector saw many opportunities – from new projects and jobs to major investors.

This amazing progress allowed the cities to catch the attention of international funding corporations like the ones in China and other countries.

Opening the Table for Negotiations

The government that now leads some of the major cities in Africa have definitely learned from the mistakes of the past. The construction and mining growth in Africa is not only due to the government’s push for economic improvements. It was also because of the government’s hard work, putting emphasis on bargaining for better deals. Unlike before, they negotiated for better contracts which allowed for fairer and more justified rates.

The emphasis on negotiation is not only to reap higher national revenues. The government also wanted to implement and strongly encourage construction and mining companies to address concerns such as environmental pollution and compensation for the people.

Mining deals of the past were notorious for leaving displaced peoples in their wake. This is slowly changing nowadays thanks to stronger public and government insistence on negotiating deals.

Civil society groups have been pivotal in directing change to the entire continent. For instance, the Economic Community of West African States (ECOWAS) invited Oxfam to help facilitate civil society participation in the drafting of a new regional mining code back in April of 2008.

Their efforts have paid off. The new regional mining code resulted in standardised compensation and environmental rules, which have encouraged more people to find work opportunities in the mining sector.

Thanks to efforts like this, those who work in the mines no longer have to work as hard and as unprotected as they did many years ago.

The public also became more aware of their rights. This led to a stronger push for fair and just negotiations, more strategic partnerships, and regard for public opinion. Another result of civil society support was the push for more transparency from the government, which brings us to the next point.

Africa is an incredibly mineral resource-rich region. Anywhere you look in the continent, you can find heaps of resources just sitting on the land. This has posed a lot of conflicts in the past, but things are looking fairly better these days, thanks to the public’s call for more transparency from the government.

Innovative design software has paved the way for modernisation in the construction sector, creating a wave of opportunities for both foreign and local construction firms. Through technology, their processes became faster and their finished projects were more polished.

Technology also became the gateway for more investors to come in and fund more projects. They were seeing high-quality construction work online, which drew their attention to investing in Africa. Workers also gained more knowledge and training through online and offline courses. Technology proved to be one of the biggest game-changers in the construction and mining sector.

Locally-made products also meant that they no longer have to export from other countries. Making their projects more cost-efficient, not to mention environment-friendly.

We hope this article has shed some light on the mystery behind the construction and mining growth in Africa. For more articles like this, make sure to subscribe to ConstructAfrica's fortnightly newsletter.