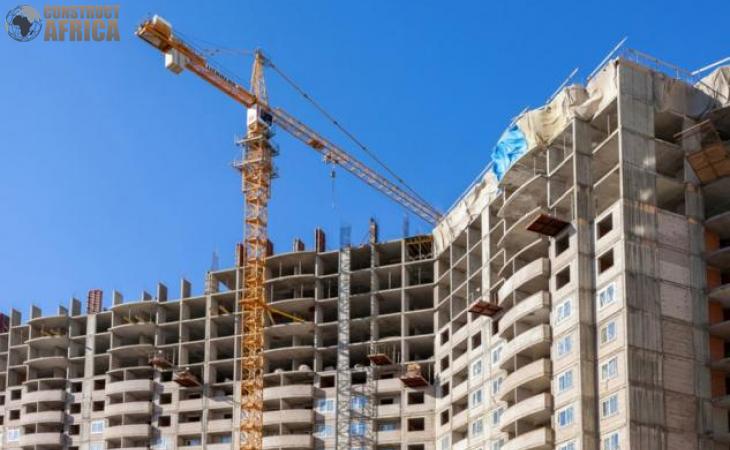 According to the report, the growth results from accruing benefits, including the availability of enormous natural resources, significant investment opportunities in energy and infrastructure, a fast-growing consumer market, and cheap labor availability. Also, there is a beneficial business environment that includes favorable economic development policies and rising commodity prices.

The continued fight against corruption and the adoption of democratic governments is also playing a major role in the growth of the African construction industry.

According to industry sources, there are a total of 482 projects valued at over US$50 million that had broken ground by the beginning of June 2018. These projects came to a total of US$471 billion which doubled the total  project value from 2017 which was approximately USD 210bn.

All the projects are spread over 43 countries out of the total 54. Notably, East Africa has the largest number of recorded projects at 139. On the other hand, North Africa projects have the highest value at US$148.3 billion (31.5%). Egypt is the country that has the most projects, with a total of 46 projects (9.5% of the total projects). It also has the most valued projects at US$79 billion (17% of the continent’s value), followed by South Africa and Nigeria respectively.

The transport industry gets the largest number of projects at 186 projects (22.7% of total projects value). Power and energy projects follow suit with a share of 24.4% of the total project value.

This is in line with the country’s national policy of “The Kenya Vision 2030”. The construction sector’s overall goal is to increase its GDP contribution by at least 10% per annum and propel the country towards becoming Africa’s industrial hub.

Construction Activity in Tunisia to Grow

Under the Tunisia 2020 national five-year development plan, the government intends to develop large-scale projects in the sectors of tourism, transport, energy, education, healthcare, communication, and housing. The budget for this initiative is US$60 billion, of which the government will provide US$25 billion.

Unfortunately, the story is different in South Africa, where the construction industry continues to experience hard times with lower investment in infrastructure by the government. Low business confidence and lower foreign direct investment are other challenges the country is facing.

According to a recently held forum, the Forum on China-Africa Cooperation (FOCAC), in December of 2018, Chinese President Xi Jinping announced that China would be providing US$60 billion in financial support. He gave this breakdown for the partial distribution of funds: US$20 billion in credit lines, US$15 billion in grants, interest-free loans, concessional loans, and US$10 billion in investing financing.

China is Africa’s biggest and strongest ally and in recent years has pumped billions of dollars into the continent. Chinese investment has increased globally, and Africa is the third-largest destination for Chinese investment behind Asia and Europe. However, investment toward sub-Saharan Africa slightly declined in 2017, following the slight drop in aggregate Chinese investment.

In recent years, Nigeria has received relatively large funds from China for railways. China is backing two major standard-gauge rail projects: One is a line from Lagos to Kano, the other is a coastal railway from Lagos to Calabar.

China is also involved in building railways in Kenya, Ethiopia, and Zambia, among others. For instance, the Chinese Export-Import Bank provided 85 percent of the funding for the USD 475 million Addis Ababa Light Rail, which serves 4 million of the city’s residents. The investments in energy, though mainly made up of oil and gas investments, also comprised investment in clean energy such as hydropower.

The African construction industry is less competitive, consisting of major international players who have a large market share. Nonetheless, the market presents growth opportunities during this forecast period which is expected to drive more competition within the market further.