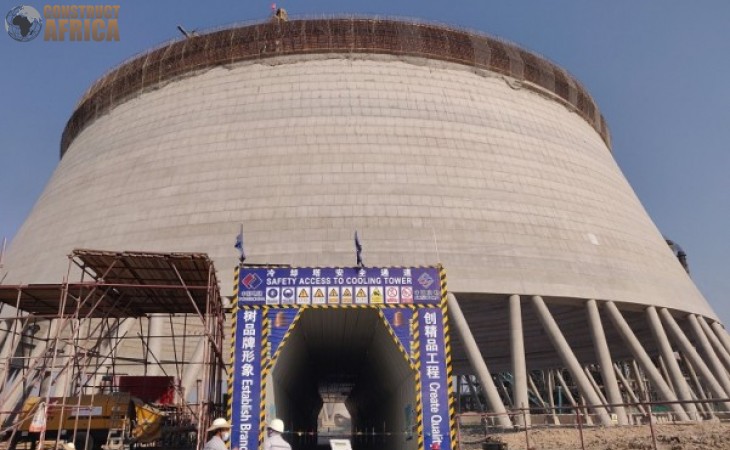 The country's largest coal-powered facility will get an additional 600MW in the US$1.5B project.

Hwange power station, Zimbabwe's coal-fired power facility, is being expanded to increase the capacity by an additional 600 megawatts.

The expansion is estimated to cost US$1.5 billion. The contract for the expansion works was awarded to Sinohydro, a Chinese state-owned hydropower engineering and construction company by the Zimbabwe Power Company (ZPC). ZPC is a subsidiary of Zimbabwe Electricity Supply Authority (ZESA) authorised to construct, own, operate and maintain power generation stations for the supply of electricity.

The Hwange power station is located in the Matabeleland North Province in western Zimbabwe. The power station has been operational since 1983, and its power capacity was increased to 920 megawatts in 1987.

A six-kilometre overland conveyor belt delivers coal to the Hwange power station from coal fields operated by Hwange Colliery Company Limited (HCCL). Coal is also suppled to the power station by truck from the Makomo and Coalbrick coal mines.

Water for the power station is piped 44 kilometres from the Zambezi River, and is pumped into two 150,000 m3 reservoirs next to the plant from where it is supplied to its point of use.

President Mnangagwa presided over the groundbreaking ceremony for the current expansion project in June 2018, and construction work started in March 2019. The 600 megawatts is being added in 2 nos power generation units of 300 megawatts each (Unit 7 and Unit 8). The additional units will increase the installed generation capacity at the Hwange power station from 920 megawatts to 1520 megawatts.

"There is no way the economy will grow without growth in electricity supply. Therefore, we are anticipating increased generation at Hwange Power Station with the Hwange 7 and 8 expansion project expected on the grid by July and the other in September 2022," said Zhemu Soda, Zimbabwe's Energy and Power Development Minister in November 2021.

Work on Units 7 and 8 are expected to be completed soon, with Unit 7 set for commissioning by November 2022 and Unit 8 by February 2023.

In April 2022, Project manager Engineer Forbes Chanakira, was reported to have confirmed that over 84% of the project was reported to be completed. Construction of turbines and generator sets for Unit 7 was reported finished, with the boiler at 93% completion. Dynamic testing procedures were being planned to ensure a smooth handover in November 2022.

Project manager Engineer Forbes Chanakira also said 810 of the 875 transmission towers needed between Hwange and Bulawayo had been installed.

A new 400-kilovolt (kV) transmission line will run parallel to the existing lines on the 368 kilometres route between Hwange and Bulawayo. The route of the new transmission line is in three sections for the tower installations - Bulawayo to Lupane, Lupane to Gwayi, and Gwayi to Hwange.

Construction work is also ongoing on a 42-kilometre 962mm water pipeline from the Deka high lift pump station on the Zambezi River, to the Hwange power station. The new pipeline will increase water supply to the power station from 3,500 to 6,000 m3 per hour, and will run parallel to the existing 900mm water pipeline supplying the plant.

The Zimbabwe National Water Authority water plant at the Zambezi river, from where water is being supplied to the Hwange power station, will also be refurbished. The new pipeline from the Deka pump station is estimated to cost US$48.1 million, and is being funded by the India Exim Bank. Indian contractor, Afcons Infrastructure is constructing the pipeline, which is expected to be completed in time for the commissioning of Unit 7.

The Hwange Power Station upgrade project will help transform Zimbabwe's electricity generation dynamics and ensure that the nation will have sufficient electricity by adding new units. The additional capacity will help tide over the nation's energy deficit and improve the socio-economic well-being of the country by attaining a balance between demand and supply for the daily usage of electricity at domestic and international levels.