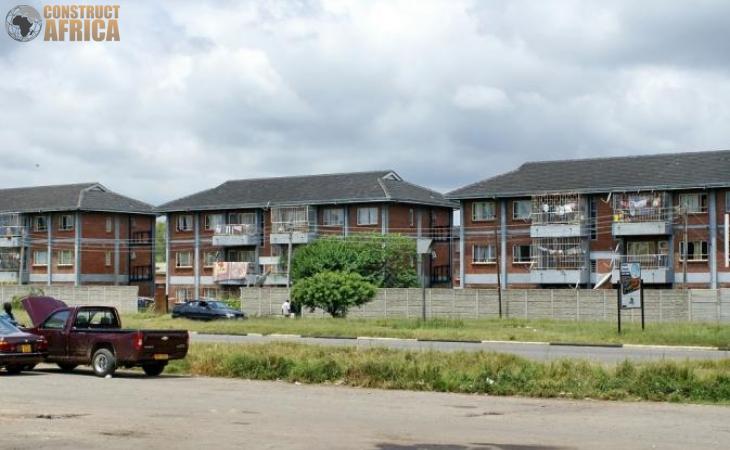 The Zimbabwe Cabinet has approved the construction of 200,000 low-cost houses and flats by 2023.

By Diana Muringo on
1st May 2021
Related News

Cabinet also approved the use of new building technology in the construction of the low-cost houses and flats, after being tried out this year in a significant Dzivarasekwa complex of 1,400 flats.

Monica Mutsvangwa, Information, Publicity and Broadcasting Services Minister, stated that the Cabinet was briefed on using this new building technology in housing construction. This is part of the strategy to speed up the home building process because it allows costs to be reduced by as much as half.

She said, “Cabinet was informed that the technology, which is already in use in the Dzivarasekwa flats project, involves two options, namely: brick and mortar, and concrete, said Minister Mutsvangwa. The housing designs will involve two and three-bedroomed flats, with social amenities such as water and sewer reticulation and electricity from renewable energy. The designs fit well into the Smart City concept.

“The alternative technology will expedite works and save costs by up to half, with up to a thousand units being constructed in 15 months. This should enable Government to deliver 200 000 housing units by 2023. Construction materials will be produced locally, with the Harare Institute of Technology manufacturing the formers for the walling blocks.

“This year, 88 blocks of flats are being built in Harare’s Dzivarasekwa, each block with 16 flats to give a total of 1 408 flats. The Government is building half and the private sector the other half. Treasury has provided funds in excess of $1 billion in order for construction to commence.”

Early in April 2021, the Cabinet gave the green light to the Department of Roads within the Ministry of Transport and Infrastructural Development to work on several projects.

This work involves taking over and repairing specific roads that fall under urban councils. This happens as the Second Republic, led by President Mnangagwa, escalates efforts to enhance service delivery and the attainment of Vision 2030.

On the side of road infrastructure, Cabinet got an update from Vice President Constantino Chiwenga on the start of the Emergency Road Rehabilitation Programme 2. She said, “Cabinet was informed that as the program gathers momentum, sufficient resources have been mobilized for works on critical, high-impact roads to commence in earnest.

“The relevant roads authorities are mobilizing equipment with Treasury support. Cabinet approved that the department of roads in the Ministry of Transport and Infrastructural Development takes over a number of roads from urban councils.”

Minister Mutsvangwa reported that Cabinet also considered and approved the Action Plan presented by Transport Minister Felix Mhona. This plan is consistent with the Ministry’s vision to develop Zimbabwe into a regional hub for world-class transport networks, services, and logistics by 2030.

The minister said, “The ministry will concentrate on transport infrastructure rehabilitation, construction, and upgrades to standards that are prescribed in the National Development Strategy. The main focus will be on ensuring that the transport sector plays its rightful role as an enabler for overall economic growth across the agriculture, mining, electricity, manufacturing, and tourism sectors.