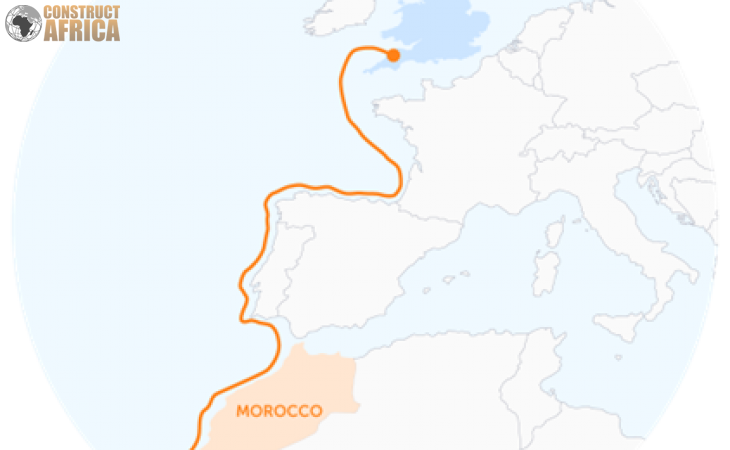 The project will use the long hours of Moroccan sun and trade winds to generate electricity.

The Morocco-UK power project is an electricity generation facility relying entirely on power from solar and wind energy generated in Morocco and transported to the UK. The project developer is UK-based renewables company Xlinks.

The clean energy start-up will supply low-cost wind and solar power from Morocco to the UK. The cost of the project is US$21.9 billion and will be developed without subsidy from the UK Government.

The project aims to use the long hours of the Moroccan sun and its convection trade winds to generate electricity.

The wind and solar farm that will power the project is planned to be located in Morocco’s Guelmim Oued Noun and will cover 1,500 square kilometres. It will transmit power to the UK through 3,800-kilometre long HVDC sub-sea cables that will connect from twin 1.8-gigawatt HVDC subsea cable systems.

The wind farm will utilise the reliable Trade Winds in the region, which are driven by the temperature differential between the Atlantic Ocean and African continent. The windspeed at the generation site increases throughout the late afternoon and evening, ensuring power can be delivered to Britain during times of peak demand.

The solar photovoltaic (PV) farm will cover 200 square kilometre and track the sun daily. These panels will produce three times more power than they would if placed in the UK due to Morocco's solar resource. Morocco has the third highest Global Horizontal Irradiance (GHI) in North Africa, which is 20% greater than Spain’s GHI and over twice that of the UK. Furthermore, the shortest winter day still offers more than 10 hours of sunlight. This helps in providing production profiles that address the needs of the UK power market, especially during periods of low offshore wind production.

The power generated will be transmitted directly to Britain without connection to the Moroccan, Spanish, Portuguese, or French transmission networks. This provides confidence that no matter what is happening on other countries' electricity networks, Britain will have exclusive access to reliable power from the Moroccan wind and solar resources.

The power transmission cables will follow the shallow water route from the northwest of Tantan, Morocco, up the Strait of Gibraltar, passing Spain, Portugal and France, finally leading around the isles of Scilly off the coast of Cornwall, UK and will end at Devon.

The cables will be buried at depths of 100 metres and 250 metres for a large part of the route. The maximum depth will be about 700 metres.

An High Voltage Direct Current (HVDC) Technical Feasibility study has confirmed reliability and cost. The first 1.8-gigawatt (GW) system is planned to be connected to UK's electricity network by 2027.

Xlinks plans 10.5 gigawatts of zero-carbon electricity to be generated from the sun and wind and will deliver 3.6 gigawatts of reliable energy for an average of 20+ hours a day. This will be enough to power-up over 7 million British homes by 2030. On completion, the project will supply 8% of Britain’s electricity needs.

The site will also have a 20-gigawatt hour (GWh)/5-gigawatt battery facility that will store sufficient energy to deliver a steady source of flexible and clean energy similar to the renewable energy produced by the UK. Lithium-ion batteries will be used to enable Xlinks to install more solar PV and wind generation systems that will maximize the usage of the subsea transmission system.

Subsea cable manufacturer XLCC, established by Xlinks, is planning a factory in Hunterston, Scotland. Its first contract will be for the Xlinks Morocco-UK project. It will supply the four 3,800-kilometre cables, with the first phase connecting power from Morocco to Alverdiscott, North Devon, between 2025 and 2027.

The cables will be manufactured with aluminium conductors and cross-linked polyethylene (XLPE) insulation. XLCC also designed a cable-laying vessel for the project in March 2022. The shipyard selected to build the vessel will have an expected delivery date in the first half of 2025.

This project will need 90,000 metric tons of steel for the cable. XLCC signed the UK Steel Charter at Parliament, where it committed to using British steel for the project.

Intertek – Awarded a contract in March 2022 to ensure quality assurance and technical advice for the project. The contract scope includes a review of marine cable routing, survey specification, procurement and tenders. Intertek will assist Xlinks in obtaining survey permits. They also conducted a marine permit feasibility study in May 2021.

V.Group – Supports XLCC in technical development and construction of the cable-laying vessel. V.Groups SeaTec division will also provide technical services, and MARCAS, its procurement and contracting platform will help in yard selection and appointment.

HIGHVOLT – Supply test systems for the pre-qualification and testing of subsea cables in April 2022.