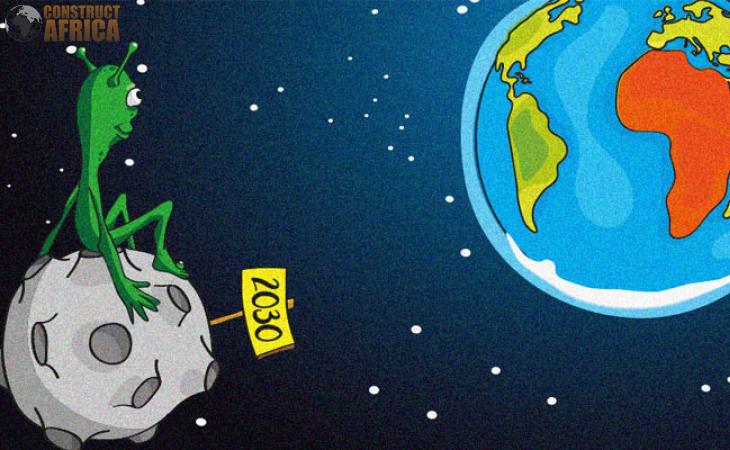 What if Africa was Orange?

Bette Midler was right: from a distance the earth does look very blue and green. It also looks pitch black at night to those in search of the world’s second largest continent – and half of the earth’s land mass, for that matter.

But now imagine this: what if, some years down the line, Africa was orange? What if, by the year 2030, viewed from outer space, the continent was ablaze with little lights, symbols of prosperity and connectedness, everywhere? Orange would indicate a better way of life, a sense of progress and opportunity availed to the remotest of villages. An open door to education, finance, and technology that could rewrite the story of future generations … all thanks to the day that energy rode into town.

It’s imaginable, but is it actually plausible to provide broadscale energy access to millions of under-resourced citizens and disconnected communities? You only have to observe the financial trends over the last few years to ponder the possibility: yes, it’s not only doable; it’s inevitable.

Blockchain technology gives us the potential to decentralise what has always been centralised. What if the key to lighting up the developing world was buried in the algorithm we tend to associate exclusively with global economics? The basis of blockchain could provide the revolution for our energy woes and open up a world of new possibility if we learn to harness its potency.

Undeniably, blockchain and its brainchild, bitcoin, is one of the most important inventions in human history. The technology is ushering in a new industrial paradigm that will reinvent the way we live, work, and relate to one another.

For the first time, we have a decentralised currency that cannot be censored; it cannot be manipulated or controlled by any third party or government. This, in turn, has given rise to universal contracting systems that authorise and protect any kind of legal or financial transaction. Together, these technologies on one integrated platform are offering ordinary people immense power and autonomy to access new markets and resources.

The balance in human history is shifting from traditional forms of autocratic, centralised business and government to a decentralised global society, whereby the average citizen is digitally connected and gradually empowered to compete within world markets.

Pulling back the lens to have a broad-eyed view of where we currently stand, Monetas CEO and Founder, Johann Gevers, would say that we’re laying the bedrock for the first two key pillars in what he calls the technology of trust. Decentralised communications (internet and cryptography) and decentralised law are the first steps in paving our way to an Industry 4.0 society. The next step, he argues, is decentralised production.

Rise of the prosumer

Just as cryptography will allow us to sidestep the red tape and dethrone the economic powers that be, so too will our technology allow us to steer the very systems we depend on for life. No longer will homeowners just be consumers, reliant on big power plants for their mass production. But blockchain innovation will allow energy users to become merchants and makers of their own energy.

Using the same decentralised ledger technology, solar energy can be generated locally and sold back to utility companies or to one another. If someone has more power than they need, they simply upload it into the local smart grid, gaining a token in a designated cryptocurrency which buys them one kilowatt hour. If the weather has been overcast and they need a power top up, they can buy back the token on the shared network.

To a degree, the idea is already being done; solar consumers currently gain a credit on their utility bill when they sell back excess energy to power companies. But the system is linear, top down and cumbersome, and lends itself to mismanagement and overloading. The difference here is that the traditional user can also be the trader and the manufacturer in one – rendering energy oligopolies redundant and sanctioning a new breed of ‘prosumer’ on the rise.

Renewables for the win

Of course, is it entirely feasible that blockchains will radically replace all traditional forms of centralised business in the future? Certainly, many firms seem to think so with blockchain energy pilots already underway in Austria, Germany and the UK to name a few. A community-powered microgrid in the leafy streets of Brooklyn has proved to be a thriving success. The project involves locals choosing their preferred energy sources from a connected network of energy suppliers to increase the amount of clean, renewable energy generated in Brooklyn by members of the community.

However, the view that blockchain will one day negate the need for intermediary companies altogether has also been heralded as ‘too extreme and simplistic’. Rather, some believe a blockchain’s function will be supportive with updating and improving centralised systems through a hybrid system comprising larger power plants and microgrids.

Not just a first world win

Naturally, developed nations are resourced and ready to implement these technologies. But what about the developing world? Is Africa actually poised to benefit from a new decentralised energy paradigm as well? Research seems to suggest so.

Since 2009, solar photovoltaic costs have fallen by around 75%, offering the developing world access to clean, cheap energy and electricity for communities that were decades in the dark. In fact, an estimated 89 million people in Africa and Asia currently own at least one solar-powered product, and the world’s poorest countries are spending more money on renewable investment than the richest ones are these days.

Just in Africa alone, McKinsey reveals that solar energy has practically ten times the potential energy generation capacity of fossil fuel based power. And by 2050, not only will photovoltaic costs drop by another 71% globally; 50% of the total electricity will be provided by solar and wind technologies.

The key to the success of decentralised energy? Undoubtedly, it’s in marrying affordable infrastructure with the accessibility and immediacy that blockchain technology affords. That will be a marriage to change the stakes and redefine the boundaries of opportunity on all levels of civil society.

Though we’re still in early days of its inception, and far from the full-blown reality of a decentralised revolution, a new energy matrix may be fast approaching. Perhaps, while blockchain technology may not entirely solve the energy crisis in Africa, this technological development, together with the falling battery costs, improved interconnections across the continent, and the ability to control the demand to match the available supply, will enable Africa to light up.

Someday, probably sooner than we think, Africa will come out of her shadows and reveal her true colour: orange.

This article has been written by Elekanyani Ndlovu and was previously published on Linkedin.  ConstructAfrica re-published the article with the author’s permission.  To read the original article, please click here.

A critical thinker and analyst by nature, Elekanyani Ndlovu is an experienced executive, board member, businesswoman and thought leader in her field.

She has a Bachelor of Science in Electrical Engineering from The University of Cape town and shares her insights and experiences for problem solving and leadership development as a podcast host and keynote speaker, with a future focused multi-disciplinary lense.