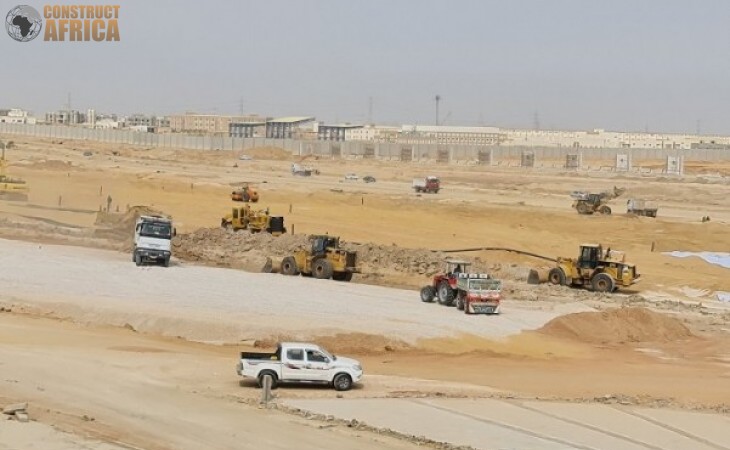 Visionary construction project in Egypt recalls the age of the pharaohs

A new capital city is under construction in Egypt.

Under a cobalt sky, an old sandstone mosque stands serene amid a sea of urban tumult. Balconied apartment blocks jostle toward the minarets, and traffic throngs around the building’s crenellated walls, a cacophony of horns, engines and voices. Nothing is still, yet everything is constrained. Trucks edge forward, cars nudge their way from one flow to the next, and pedestrians weave casually between the lines.

Welcome to downtown Cairo, capital of Egypt. A teeming modern city of well over 20 million people. Yet, also a city almost too ancient to comprehend. Founded over one thousand years ago, al-Qāhirah is merely the latest in a lineage of settlements stretching back to the dawn of civilization. And the city's antiquity is both its glory and its undoing.

Cairo's population has soared in recent decades and is projected to double by 2050. Hemmed in by the river and the desert, the city now has 50,000 people per square mile. Its infrastructure is hugely overburdened, but efforts to upgrade it are hamstrung by lack of space and the logistic challenges inherent to a setting of such antiquity. And, with so much traffic and industry in a natural bowl, Egypt's capital is one of the most polluted cities in the world.

Against that backdrop, the Egyptian government announced plans in 2015 to build a new financial and administrative capital to the east of present-day Cairo. In a bid to draw people and economic activity to the new city, the intention is to relocate many government departments and create an environment attractive to private corporations.

"Breathtaking is the only word to describe the scale of what the government is planning," says Mohamed Saied, local dealer for industrial equipment manufacturer Vermeer. "We're talking about the biggest planned city ever built. It'll cover an area the size of Singapore, between Cairo and Suez. Colossal local and international investment is going into the project. After all, the aim here is to build an ultra-modern smart city of 6.5 million people from the ground up in a matter of years."

A rundown of features planned for the new city confirms Mohamed's assessment. The blueprint unveiled in 2015 provides for 275 square miles to be developed in three phases. Residential, commercial and governmental districts are all included, plus a green river park twice the size of New York's Central Park, as well as lakes, colleges, hospitals, mosques, churches and monuments. A monorail transit service will link the city to Cairo, with a new airport delivering connectivity to the wider world.

Egypt's planners are also thinking well beyond the bare bones of their city. As well as the concrete and tarmac infrastructure, their vision includes a futuristic take on the way urban living will be enabled and powered. The development is to be a smart, green city, running on energy from a 35-square-mile solar farm and planted with trees to act as carbon sinks. The city will also have its own cashless transaction system and state-of-the-art fiberoptic backbone.

"The time scale is extraordinary too," adds Mohamed. "It was only six years ago that the minister unveiled the plans. But work on phase one has already come a long way. If you compare recent satellite images with pictures taken a couple of years ago, the difference is incredible. Miles and miles of new roads, and the clear outlines of residential neighborhoods, government complexes, the presidential palace and the new parliament building, are all clearly visible. It's really exciting to have a hand in what's happening here."

Mohamed is involved as vendor to one of the principal contractors realizing projects for the Egyptian government. "Construction work on the new city means a host of fast-track projects with very limited execution lead times. Our machinery is invaluable in that context. For example, we were recently on a site where one of our T755 Commander® 3 trenchers is being used to lay a pipeline. Everything had to be completed inside 30 days. With traditional excavation gear, the customer would have needed 10 or even 15 machines to do the job in that time frame. But one T755III handled it, no problem."

Unlike a crawler-excavator with an articulated arm and a bucket, the Vermeer T755III trencher is purpose-built for a specific task: cutting trenches in tough ground conditions, including heavy rock. Traction comes from a crawler unit with an elevating offset cab and a boom to the rear. Various attachments are optional, including a trencher. The trencher boom is lowered onto the ground, toothed edge down. The crawler unit then moves slowly forward, creating a trench behind it as it goes. As the trench is cut, the excavated material is lifted to ground level by a conveyor. The spoil is then expelled neatly to either side of the trencher, ready for removal or reuse. No further processing is normally needed, because cutting creates uniform spoil, in contrast to bucket excavation.

"Speed is the name of the game here," says Mohamed. "Cairo is growing at an incredible rate, causing overcrowding, pollution and inefficiencies that hold back the Egyptian economy. The new capital is needed sooner, rather than later. So, every project has to be completed as fast as possible. Construction of the new administrative district is one of the priorities because the relocation of government departments is seen as a way of getting people to move. The authorities have encouraged migration to satellite towns before now, but it hasn't worked. People won't go elsewhere while all the economic activity and all the public sector jobs are still in Cairo."

In that context, it's easy to see the attraction of a machine that slashes the time needed to lay pipelines, power cables and telecom infrastructure. "A dedicated trencher not only cuts quickly — meters per minute, not centimeters — it also cuts a narrow, clean trench. That means minimal bedding and need to buy backfill materials. You lay your pipeline and backfill as you go, using the trenching spoil. It's efficient."

With computer-aided control and its auto-tilt capability, enabling uniform trench cutting in uneven ground, the T755III was the go-to option for the Egyptians. "But the main thing that the customer liked about this particular trencher was its power," continues Mohamed. "We're talking north of 27,000 kilometers of tractive force, plus an independent trencher motor with hydrostatic transmission. In practical terms, what that translates to is the ability to cut hard rock, withstand high vibrations and work quickly. Add to that a range of options that let you customize your trencher to your needs, backed up by the Vermeer reputation for reliability, and you've got a winning package."

As the new government buildings visited by Mohamed take shape, apartments, villas and an entertainment district — complete with resorts, hotels, gardens and a sports stadium — are springing up all around. Not far away, at the heart of the emerging commercial district, the 80-floor, 385-meter iconic tower is already well on the way to completion.

"When you mention Egypt to people from other parts of the world, they tend to think of the ancient civilization," observes Mohamed. "A hyper-modern development like the new capital seems incongruous to them. But that's not the way I look at it at all. The pyramids, the temples at Luxor, the lighthouse at Alexandria … these were astonishing feats of engineering. They required a level of technological, economic and social sophistication that didn't exist anywhere else. What's happening now isn't a departure from the past but a continuation of the past. I'm thrilled to be playing a small part in that myself and thrilled to see the cutting-edge machinery by Vermeer helping to make this development happen."

Article provided by Lessing-Flynn on behalf of Vermeer Corporation

Vermeer Corporation reserves the right to make changes in engineering, design and specifications; add improvements; or discontinue manufacturing at any time without notice or obligation.
Equipment shown is for illustrative purposes only and may display optional accessories or components specific to their global region.
Please contact your local Vermeer dealer for more information on machine specifications.
Vermeer, the Vermeer logo, Equipped to Do More and Commander are trademarks of Vermeer Manufacturing Company in the U.S. and/or other countries.
© 2021 Vermeer Corporation. All Rights Reserved.