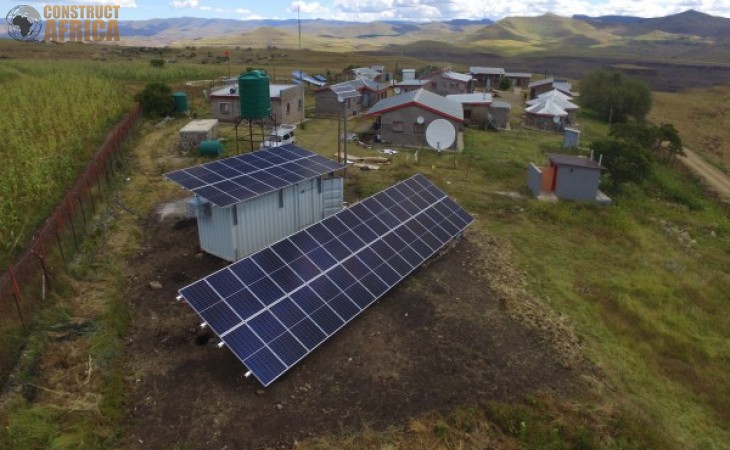 ElectriFI, REPP, and 1PWR have reached financial close for 11 solar mini-grids in Lesotho.

The EU-funded Electrification Financing Initiative (ElectriFI) and the UK-funded Renewable Energy Performance Platform (REPP) have each invested €4.4million ($4.9m) into a project-finance vehicle led by OnePower (1PWR) to construct the 11 mini-grids in Lesotho.

Through the project vehicle, ‘Sotho Minigrid Portfolio’, a total of 11 mini-grids will be installed in Lesotho with a combined capacity of 1.8 megawatts.

On completion, the mini-grids will provide electricity access to 20,000 people and renewable energy to seven health clinics in the country. The mini-grids will create around 7,300 new connections and generate up to 3,480 megawatts-hours a year. This would avoid emissions of around 2,780 tons of CO2 annually.

The 11 mini-grids will be installed by 1PWR, a social enterprise in Lesotho whose mission is to provide affordable and reliable electricity services to off-grid villages. Around 100 local jobs will be created by 1PWR during the construction of the project and six permanent positions will be created during operations.

1PWR will deploy a number of of technological innovations in their solar-battery energy systems, including PV trackers designed and manufactured in sub-Saharan Africa. The company will also deploy smart meters optimised for local and off-grid conditions as well as pre-built powerhouses to ensure efficient construction and deployment of generation systems.

1PWR generated a business plan for the project with the help of the EU investment body Get.Invest to offer clean electricity to customers for an “almost cost-reflective tariff” of 5 LSL (Lesotho Loti) per kWh (US$0.33 / kWh). The mini-grids will be mounted on solar trackers and will also feature smart meters optimized for local and off-grid conditions.

The feasibility study cost around €100,000 and helped lay the groundwork for the mini-grid scheme.

“This investment is an excellent opportunity for EDFI ElectriFI to support OnePower in its mission to provide stable electricity to more than 20,000 citizens, but also to seven health centres in Lesotho,” said Quentin De Hoe, Senior Investment Officer of ElectriFI at EDFI Management Company.

Our latest quarterly #impactreport is out. Highlights include:

The project will help increase the level of electrification in Lesotho. Lesotho currently has 65% of their population without access to electricity, according to REPP. In rural areas, this percentage drops down to 20%.