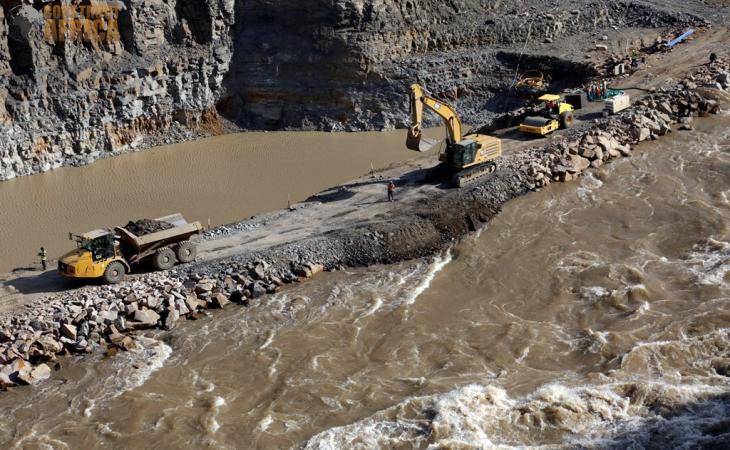 The United Bank for Africa (UBA) has approved additional funding of US$40 million for the 2,115 megawatt Julius Nyerere Hydropower project under construction in Tanzania.

This brings the total funding provided by the Bank for the project to US$406 million, as the Bank had previously provided US$366 million in support to the project.

Tanzania's President John Magufuli laid the foundation stone to flag off construction work on the project on 26 July 2019. The project is estimated to cost US$2.9 billion (TSh6.5 trillion) and completion is expected by 2022.

On completion the dam's reservoir will have a capacity of 34 billion cubic meters, and the power station will have a production capacity of 6,307GWh of power annually. The dam will be the the largest power station by installed capacity in East Africa, and the fourth largest in Africa after Egypt’s Aswan High Dam (2100 megawatts) Mozambique’s Cahora Bassa Dam (2075 megawatts) and Angola’s Lauca Dam (2069 megawatts). It will also be the ninth largest in the world.

The project has been criticised by environmental experts who are concerned that the location of the gorge is in the middle of the Selous Game Reserve, a World Heritage Site. Conservationists have described the project as a threat to the endangered animal species in the area especially the black rhinoceros and elephants.

The United Bank for Africa (UBA) is a pan-African financial institution, offering banking services to more than 21 million customers, across over 1,000 business offices and customer touch-points, in 20 African countries. As a further demonstration of its support for the project, UBA Tanzania has opened a new ultra-modern office at the project site. The newly opened UBA Rufiji branch will offer full banking services to contractors, staff and the general public at the Julius Nyerere Hydropower project under construction.