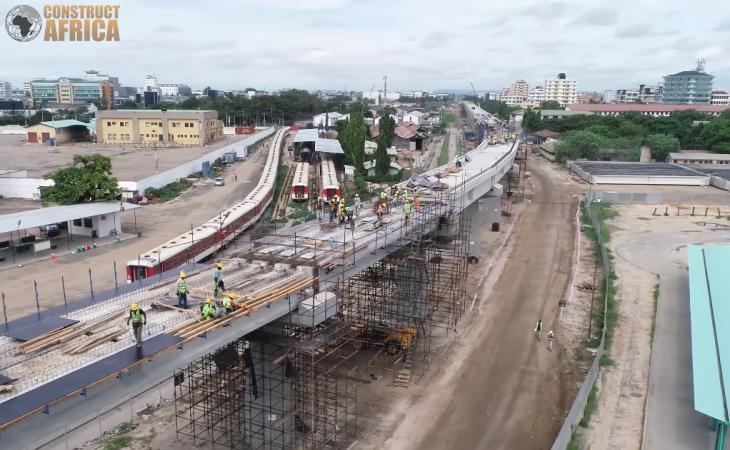 The two companies have previously worked on other projects in Africa.

President John Magufuli is on a mission to build an industrialized nation and the Mwanza-Isaka line is one of the major projects underway to meet this goal. This section of the SGR is part of the 2,561-kilometer SGR network being constructed by the government through the Tanzania Railway Corporation (TRC).

This 2,561km network links Dar es Salam, Mwanza, Katavi, Kigoma, and the neighboring countries of Uganda, Rwanda, Burundi, and the Democratic Republic of Cameroon (DRC). On the other hand, the particular section in question will connect the commercial capital, Dar es Salaam to the hinterland.

This 341-kilometer section of the SGR will connect the Lake Vitoria Port of Mwanza in the north to Isaka town on the way to the Indian Ocean port of Dar es Salaam. “The Tanzanian government will pay for the line,” said Tanzanian Foreign Minister Palamagamba Kabudi on January 6th, 2021 during a news briefing in Chato. This was ahead of the signing of the agreement.

This signing process was in the presence of Chinese Foreign Minister Wang Yi who was on a two-day visit to the country at the time. Although the deal has been signed, it is still unclear when work on the project will begin.

The Standard Gauge Railway (SGR) is East Africa’s fastest railway traveling at a speed of 160km per hour. It will run on electricity and transport a total of 10,000 tonnes of freight, which is equivalent to 500 cargo trucks.

The trains for the SGR will be supplied by a South Korean firm that the Tanzanian government has signed a contract with. This deal was signed and sealed in October 2020 and totals to a project cost of US$60 million. Upon completion, the Standard Gauge Railway (SGR) is estimated to pay back the investment after around 15 years.