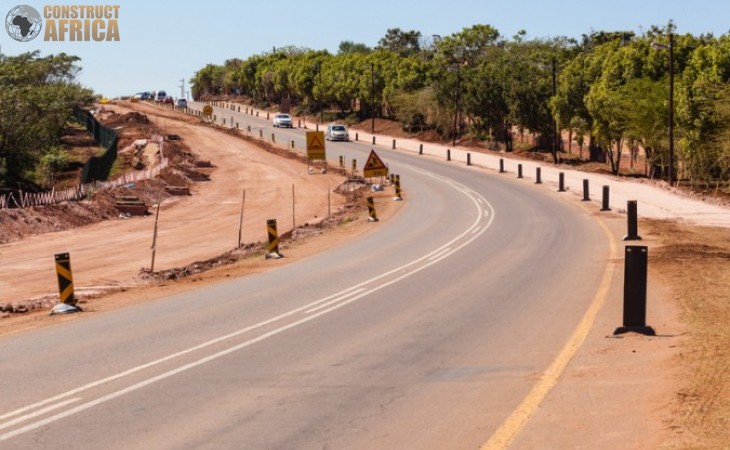 Trans African Concessions (TRAC) is upgrading and constructing a number of major roads in South Africa related to the N4 highway.

By Chriselle Moraes on
12th May 2022
Related News

TRAC is a provider of highway operating services in South Africa, focusing on design, construction, finance, operating and maintenance of toll roads. The company is the operator of the route on the N4 toll road which runs from Witbank in South Africa to Maputo in Mozambique, under a public-private partnership with the governments of South Africa and Mozambique.

TRAC is currently undertaking a number of major road construction projects in South Africa related to the N4 toll road, which include:

The Melrose Interchange project involves upgrading the existing at-grade intersection to a grade-separated free-flow interchange. The project commenced at the beginning of this year (2022), and is expected to be completed by June 2023.

The scope of construction works on the Melrose Interchange project includes:

The Montrose Interchange is a vital roadway in Africa that needed a redesign. When SMEC learned rough terrain made it impossible to explore on foot, they deployed #drones to capture site images & built a #realitymesh using #ContextCapture: https://t.co/qwc2mwxdgb pic.twitter.com/FwO8bxs8zp

The Melrose Interchange project is estimated to cost R248 million (US$15.3 million).

The Melrose Interchange construction works is being undertaken by a joint venture entity comprising WBHO Construction and Motheo Construction Group.

According to TRAC, on completion the Montrose Interchange will create a free-flow, split-level interchange that will greatly improve traffic flow.

The Wonderfontein to Belfast road rehabilitation works is being undertaken by Actophambili Roads. The project commenced was scheduled to commence last month (January 2022) and is expected to be completed by December 2023.

The Wonderfontein to Belfast road rehabilitation project is estimated to cost R244 million (US$15.1 million).

The Emalahleni – Middelburg road rehabilitation and upgrade project involves the rehabilitation of a 19-kilometre section of the N4 toll route between the OR Tambo and Van Dyksdrift interchanges in the Highveld region.

The scope of works includes the removal and replacement of failed concrete slabs from the originally constructed concrete surfaced road. The entire 19-kilometre road section will be overlayed with asphalt and an additional seven kilometres of passing lanes will also be constructed.

The Emalahleni – Middelburg road rehabilitation and upgrade project is estimated to cost R380 million (US$23.5 million).

The Emalahleni – Middelburg road rehabilitation and upgrade is being undertaken by Raubex Construction. The project was reported to be 85% complete in February (2022).

The Belfast-Machado road rehabilitation and upgrade project involves the rehabilitation of a 30-kilometre section of the N4 toll route between Belfast and Machado which will also be upgraded to a four-lane carriageway.

Speaking during an inspection visit to the site of the Belfast-Machado road upgrade, South Africa's Minister of Transport, Fikile Mbalula, said "The upgrade from a two-lane road to a four-lane road will benefit road users in this region in terms of ease of travel, convenience, and road safety."

"The improved vertical alignment, consolidation of farm accesses and additional capacity as part of the widening, not only makes the N4 safer, but also improves mobility, resulting in reduced travel times and travel costs. The construction of the Machadodorp interchange is also aimed at improved road safety, but still provides convenient access to the town. Local communities also directly benefitted from the job creation during construction" added Transport Minister Fikile Mbalulathe.

Tomorrow, in partnership with the South African National Roads Agency (SANRAL) and Trans African Concessions (TRAC) I will participate in a ministerial visit to monitor and inspect progress on major infrastructure project upgrades along the N4 network in the Mpumalanga Province. https://t.co/QHtuL4RapS pic.twitter.com/2ioIrRcMHl

The Belfast-Machado road rehabilitation and upgrade project is estimated to cost R400 million (US$24.6 million).

The Belfast-Machado road rehabilitation and upgrade is being undertaken by WBHO. The project was reported to be 90% complete in February (2022).

The New Karino Interchange project involves upgrading the existing Karino intersection into a grade-separated interchange, with on and off-ramps and a bridge that will separate cross-traffic from through-traffic. On completion, the new interchange is expected to provide a safer way for traffic to be regulated at the R514 / N4 junction and for traffic to access the N4 highway from the R514 route.

The Karino interchange is a project based in Mpumalanga. The current junction will be improved to a grade-separated interchange. The new interchange will include on and off ramps as well as a new bridge, which will improve and ease traffic flow at this busy intersection. pic.twitter.com/R9R95zLDKn

Construction of the New Karino Interchange commenced in June 2019, and was reported to be 88% complete in February (2022). The construction works is being undertaken by Raubex Construction.

The New Karino Interchange project is estimated to cost R390 million (US$24 million).