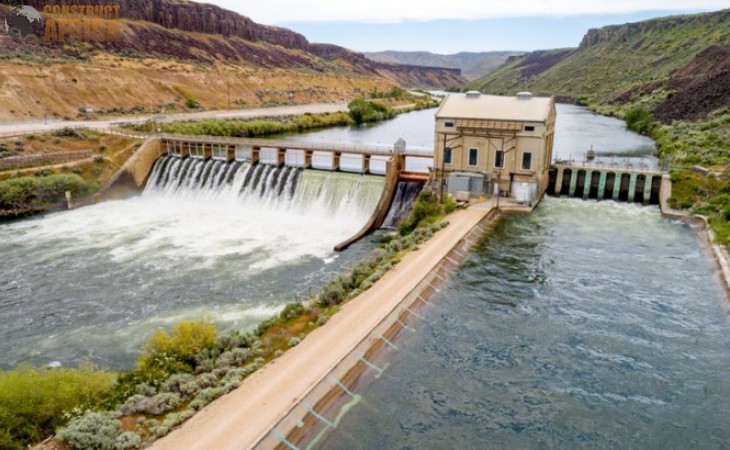 Rehabilitation works on the Tono Irrigation Dam in Ghana have been completed by Chinese contractor, Top International Engineering Corporation (TIEC).

The Tono Dam is located on the Tono River, a secondary tributary of the main White Volta River, and lies partly in both the Kassena Nankana East Municipal area and the Builsa District in the Upper East Region of Ghana. It is one of the largest irrigation dams in West Africa, and is a major water source for year-round farming for the surrounding communities of Kassena-Nankana and Builsa.

The dam was constructed from 1975 to 1977 when it was completed by Ghanaian construction firm Taysec. The development of the irrigation field was completed in 1985.

The length of the dam crest is 3.471 kilometres, and the storage capacity of the dam reservoir is 92.6 million cubic metres. The Tono Irrigation Scheme, to which the dam provides water for farming, has a potential irrigable area of 2,680 hectares of which 2,490 hectares has been developed for irrigation.

In 2008, some partial rehabilitation works were undertaken on the dam that included the replacement of the original concrete slabs in the main gravity canal with concrete panel lining.

Due to poor maintenance, there have been damages to major parts of the facility as well as problems with siltation, and gradually the irrigable area decreased by almost 50% to about 1,300 hectares. In 2018, the Government of Ghana secured US$36 million funding from World Bank and the United States Agency for International Development (USAID) to rehabilitate the dam under the government's Ghana Commercial Agriculture Project (GCAP) initiative. The objective of GCAP is to improve agricultural productivity and production of both smallholder and nucleus farms in selected project intervention areas.

The scope of rehabilitation works undertaken by TIEC included:

TIEC completed the project over a period of 36 months.

The President of Ghana, Mr. Nana Akufo-Addo, announced the completion of the rehabilitation works on Tono Dam while delivering his State of the Nation Address (SONA) to parliament on 30 March 2022.

According to the President, water will now be available for the irrigation of 2,490 hectares of rice fields and vegetable plantations in the communities of Kassena-Nankana and Builsa. Water intake from the Tono dam will also supply a new drinking water plant being constructed in the city of Tono. This new plant will have the capacity to treat 20,500 cubic metres of water per day, and will be able to serve Navrongo, Paga, Zuarungu, Bolgatanga and surrounding areas as well.

“Among the immediate benefits of the project is an increase in rice yield from 4.5 to 5.5 tonnes per hectare, which has led to increased production and farm income. Some 14,264 smallholder farmers have benefited directly, creating 40,000 jobs in several value chain activities generated by the irrigation projects,” said the Ghanian president, Akufo-Addo.