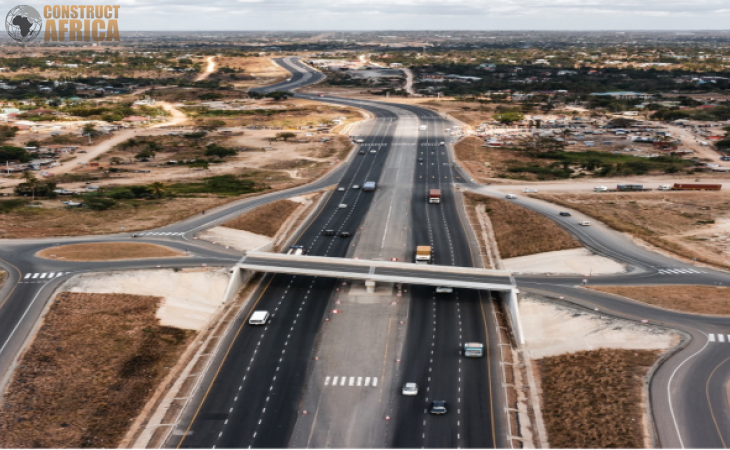 The 19.2-kilometre stretch will be the first 8-lane road in the country.

Motorists can look forward to a less congested road with the opening of the Kimara-Kibaha road in November 2022. The 167 billion Tanzanian shillings (US$71.6 million) project began in 2018.

Estim Construction Co. is constructing the road under the supervision of the Tanzania National Roads Agency (TanRoads). The project was 88% complete as of August 2022.

It will be the first 8-lane road in Tanzania. During a recent site visit, Engineer Godfrey Kasekenya, Deputy Minister for Works and Transport, spoke confirmed the initial work, including the construction of six new lanes, culverts, and bridges, was complete, but additional work extended the project’s timeline.

“The additional tasks resulted in an extension of the time frame for the project and increased cost for the project to Tsh218 billion. We saw the need to construct feeder roads, a bridge at Mbezi Kwa Yusufu, and a flyover at the Goba-Mbezi junction to ease traffic. We thank President Samia Suluhu Hassan for approving an additional Tsh51 billion to finance additional work on the project. We have to ensure the construction is complete by end of October this year,” said the deputy minister.

Additional works include road safety features and fitting of proper drainage systems, construction of five bridges (Kibamba, Kiluvya, Mpiji, Mlongazala, and Mbezi bridges), culvert boxes, and a railway crossing as part of road works. Solar streetlights were also being installed along the roads.

Estim had applied modern construction technologies such as "Stone Mastic Asphalt (SMA) and Super pave System" instead of the commonly used Asphalt concrete (Marshal). The new technologies will reduce the damage heavier trucks would do while using the roads.

The project was featured in the government budget for the fiscal year 2022/23. It is expected to boost the outlook of the Dar es Salaam Region, especially the Ubungo District. It will help ease the movement of people from upcountry and neighbouring countries to Dar es Salaam.