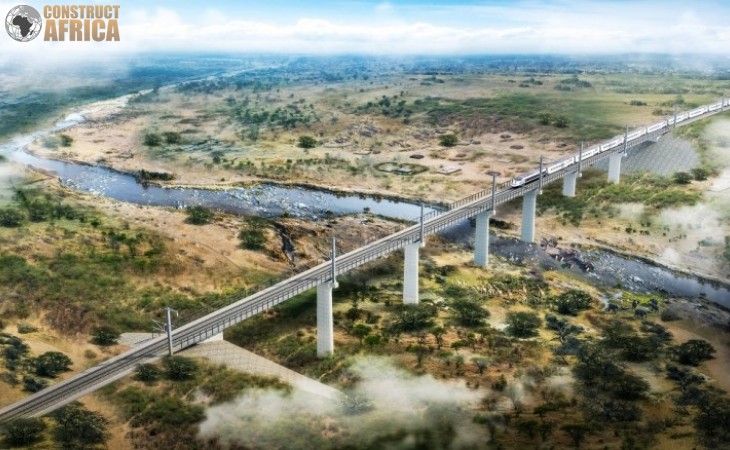 The President of Tanzania, Samia Suluhu Hassan, has laid the foundation stone for construction of the Phase 5 section of the country’s Standard Gauge Railway (SGR).

The Phase 5 section of Tanzania’s SGR line is 341 kilometres long, and connects the port of Mwanza on Lake Victoria to the Isaka dry port.

The contract for construction of the Phase 5 Mwanza–Isaka standard-gauge railway (SGR) was awarded to two Chinese companies, China Civil Engineering Construction and China Railway Construction, in January 2021. The value of the contract is reported to be US$1.32 billion, with the entire project cost being funded by the government of Tanzania. The project is expected to be completed in May 2024.

Speaking at the foundation stone laying ceremony, the President said that apart from the employment opportunities, the project will address transportation challenges and unlock other region's opportunities. "This project will cut down traveling hours between Mwanza and Dar es Salaam from the current 17 hours to eight hours using this train or rail; it will also reduce shipping costs by 40 percent," she added.

The Mwanza–Isaka SGR line is part of Tanzania's 1596 kilometre standard-gauge railway project, which is estimated to cost a total of US$6.7 billion. The country's SGR project was launched in April 2017, and aims to connect Tanzania's Dar es Salaam Port on the Indian Ocean to the Lake Victoria port city of Mwanza and thereafter to Rwanda, Uganda, Burundi and Democratic Republic of Congo, as part . These countries will be linked by road to Isaka where the new railway line will terminate for now.

The five phases of Tanzania's standard-gauge railway project are:

Top Photo: Architectural Rendering of one of the stages of Phase 5 of Tanzania's Standard Gauge Railway (Chinese Embassy in Tanzania Twitter Handle | @ChineseEmbTZ)