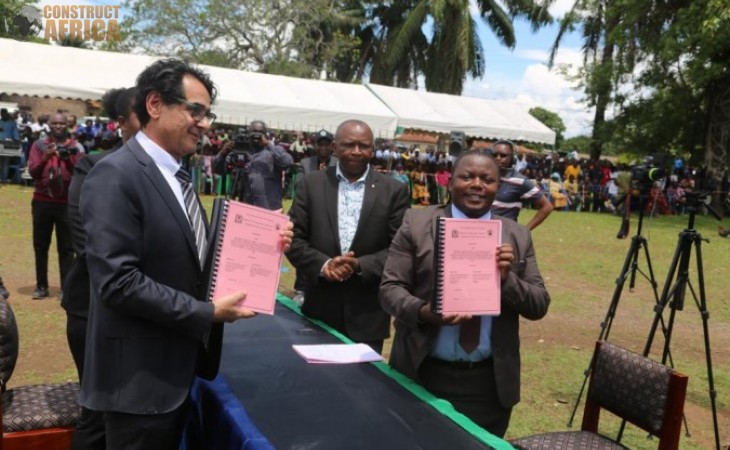 The 32-kilometre tarmac road will help transport coal to Malawi, Zambia, and the DRC.

The 32-kilometre tarmac road will connect the towns of Ibanda, Kajunjumele, and Kiwira with Itungi Port. The new road will help ease coal transportation to the neighbouring countries of Malawi, Zambia, and the Democratic Republic of Congo.

The contract award follows a competitive procurement procedure through Tanroads, during which six firms expressed their interest in the project.

“On completion, it will link the regions of Mbeya, Ruvuma, and Njombe, making it one of the vital road networks,” said Prof Makame Mbarawa, minister for Works and Transport, at the signing ceremony.

“Business transactions will be made more readily through the ports of Lake Nyasa, Itungi, Kiwila, and Mbambabay, stimulating economic activities like transportation of cocoa, coal, forestry, fishing, and food and cash crops,” he added.

Godfrey Kasekenya, the deputy minister for Works and Transport, said the president wants to ensure a smooth flow of business. “President Samia Suluhu Hassan has resolved to open the country economically. As a result, the president wants to see businesses move easily. For example, if a person receives goods from Mtwara port, he or she may choose to transport them to Tunduru, then Songea, Mbinga, and Mbambabay. But businesses can ferry up to Kiwila or Itungi ports, then Kyela to Kasumulu (Malawi border), or decide to get to Ileje-Isongole up to Malawi or move to Tunduma, then Sumbawanga with Kigoma as the final destination,” he said.

According to Tanroads CEO Rogatus Mativila, construction is expected to be complete in 24 months, with a 12-month extension in anticipation of any defects. He also noted that the project would further increase connectivity via the Uyole highway and connect Tanzania with other southern African countries, including Mozambique, Malawi, Zambia, Zimbabwe, and South Africa.