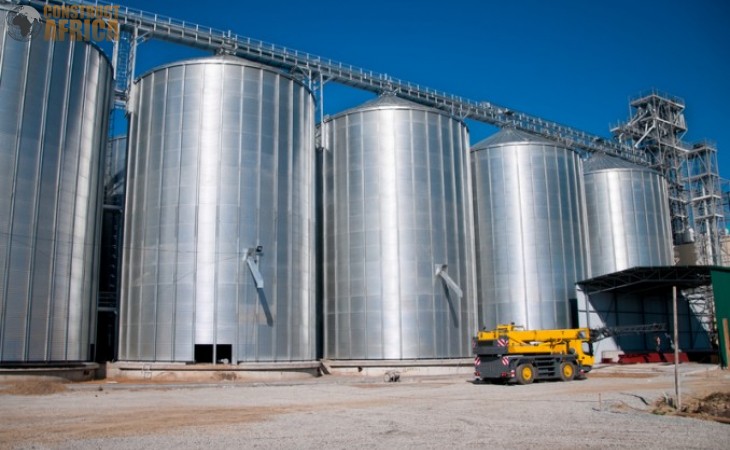 Large silos will allow for the trading of surplus food between the two countries.

The large silos will facilitate the trading of surplus food between the two countries. This will improve bilateral trade which stands at US$905.5 million for the period between January to November 2021. Tanzanian President Samia Suluhu Hassan and Kenyan President Uhuru Kenyatta agreed to compromise on trade barriers to improve the trading environment between the two countries.

This facility will be available for use by both the private and government sectors. The government ministries would only function as an initiator of export and will not be involved directly in selling the grain exports.

The grain centres in Juba, South Sudan and Lubumbashi in the DRC have already delivered 800 tonnes of grains to the two centres. This will help farmers and traders get more market access which will motivate farmers and increase productivity.

The Mombasa facility is expected to outperform all the other current grain storage facilities. According to 2019 Statistics, Tanzania exported more than 97,000 tonnes of maize. This helped realize the need for launching a grain surplus scheme hence the Southern Agricultural Growth Corridor of Tanzania (SAGCOT) was formed in 2010.

“It’s very encouraging to see the @tanzaniagov through initiatives like #SAGCOT , coming together with the #Private sector and discussing ways to mitigate climate changes in order to increase production & productivity.” - @GeofrreyK #BuildingClimateResilientFoodSystems pic.twitter.com/b5PlpaLSQZ

SAGCOT helped create a healthy robust agricultural sector in Tanzania which ensured food security, environmental sustainability, and better livelihoods. Tanzania posted a food surplus of over 3.6 million metric tonnes for the 2021/2022 financial year. All these factors led to the investment in the Mombasa grain storage facility in Kenya.