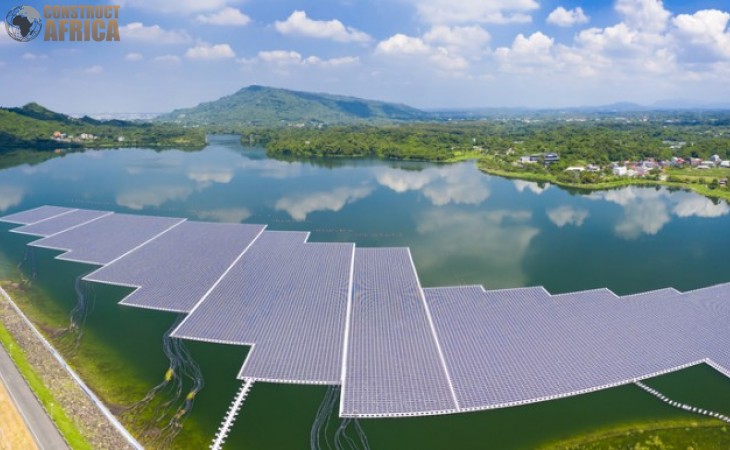 Floating solar or floating solar photovoltaics (FPV) are solar panels mounted on a structure that floats on a water body, such as a lake or reservoir. It is currently undergoing rapid growth and has been in the renewable energy market since 2016.

Since they don’t take up much land area they are a great addition for energy generation, since there will be no displacement of people.

In October 2021, the Chief Executive Officer of the Uganda Electricity Generation Company Limited (UEGCL), Dr. Harrison Mutikanga, and the Sweden Ambassador to Uganda, Maria Hakanson, signed a memorandum of understanding around several initiatives to support the Ugandan energy sector.

The floating PV feasibility study is expected to take 21 months, and will aim to identify the potential of using floating solar panels on the reservoirs of the hydropower plants at Nalubaale, Kiira, Bujagali, Isimba and Karuma.

Currently, about 80% of Uganda’s installed electricity generated is from hydropower that is sensitive to climate change. The remaining is from co-generation, thermal and solar PV. The country has a power generation capacity of 1177 MW with an estimated peak demand of 800MW.

The study is envisaged to take 21 months starting in January, 2022, with a focus on pioneering the floating solar development. This follows the successful signing of an MoU between @GovUganda & @swedense 🇸🇪 government to support the energy sector. pic.twitter.com/93BQd3QsGJ

UEGCL will now proceed to appoint a consultant to undertake the feasibility study which will eventually lead to the installation of floating solar power plants in the reservoirs of Uganda's hydroelectric dams.

This project will pave the way for Uganda to become a top player in sustainable renewable energy technologies, with the establishment of viable solar projects. It will also ensure that the Government will be able to bridge the electricity generation gap and contribute to socio-economic transformation in the region.

“I hope that this study can lead to the development of a viable floating solar project here in Uganda, so that Uganda can continue to pave the way for sustainable renewable energy technologies in both the region and the continent,” said the Swedish Ambassador to Uganda, Maria Håkansson.

Dr. Mutikanga, the UEGCL Chief Executive Officer, said the Swedfund grant will help the Ugandan government meet the electricity generation targets aimed at ensuring the socio-economic transformation of the country. “Anywhere you have a water reservoir you can utilize this technology. Our idea is that once we have finished the study, we should be able to take this to our hydropower facilities in West Nile. Unlike the Nile, River Nyagak dries up during the dry season and that’s where we would have the maximum potential for solar energy,” Mutikanga said.