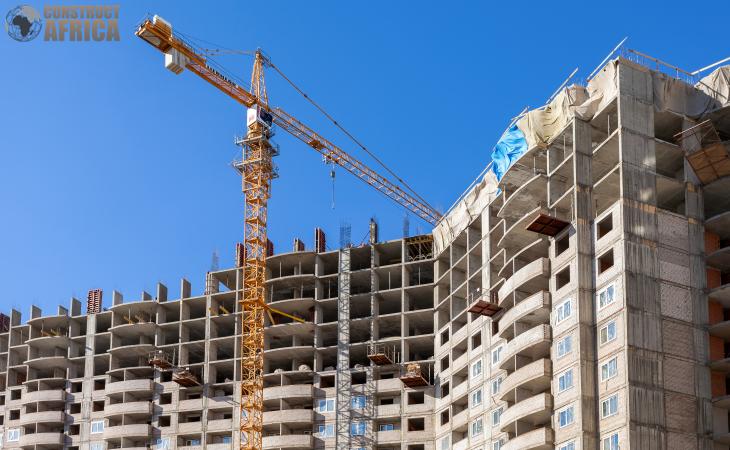 The construction industry in sub-Saharan Africa is expected to enter a deep recession in 2020 as a result of the COVID-19 pandemic driven by several headwinds – most of which are related to policies imposed to contain the spread of COVID-19.

According to GlobalData, a leading data and analytics company, the construction output growth forecast for sub-Saharan Africa in 2020 has been cut down to -4.9% from a previous forecast of 0.7%.

Yasmine Ghozzi, Economist at GlobalData, comments: “The closure of borders adversely affecting trade flows and tourism, the collapse of global demand and the disruption of supply chains have also impacted the SSA region. The lingering effects of COVID-19 on travel, trade and investment, along with governments’ limited fiscal space and soaring debt levels, will still be felt in 2021.”

Construction output is expected to grow by 4.6% in 2021, as, once the industry is permitted to operate at normal or near-normal levels, there could be a sharp recovery in output levels compared to periods when works were not permitted or were severely restricted. This will particularly be the case in when comparing Q2 2021 output levels with those in Q2 2020 in South Africa and Nigeria, where activities were completely halted in time of imposed strict lockdown. However, despite the expected growth in 2021, output will still be below 2019 levels.

In line with GlobalData’s expectations of a sharp decline in construction output in South Africa (SA) in Q2 2020 and a strict six-week lockdown, SA’s construction industry is forecast to contract by 14.3% in 2020.

GlobalData has further cut its growth rate for Nigeria’s construction industry to -12.8%, and foresees that weak public investment alongside limited foreign direct investment (FDI) amid the global economic downturn is pushing Nigeria into a steep recession.

Ghozzi comments: “The negative impact from the pandemic, lockdown measures and low oil prices, have already been felt across all sectors, especially in retail and real estate. Nigeria’s economy contracted by 6.1% year on year in Q2 2020 – the steepest in the last ten years. While the lockdown has been eased in the wake of heavy economic losses, continued rise in cases especially in Lagos meant the local economy is yet to fully re-open.”

GlobalData has cut its growth rate for Kenya’s construction sector to 2.5% from an earlier estimate of 3.1% for 2020 – given disruptions to trade and commerce, a collapse in tourism, weaker investment and faltering consumption due to heavy job losses and curfews.

Ghozzi adds: “The weaker growth outlook reflects several factors, including the likelihood of a decline in project financing – given concerns surrounding the completion of projects, exacerbated by a sharp rise in the country’s fiscal debt. Investor sentiment will also be weighed down by political tensions stemming for a number of issues, notably protests in mid-August due to the detention of an opposition leader, a dispute between Egypt-Sudan-Ethiopia over government plans to fill the Grand Ethiopian Renaissance Dam, and political tensions in the Tigray region, a key industrial area.”

GlobalData forecasts construction output in Angola to grow at 0.5% in 2020 (down from an earlier estimate of 2.2% in 2020). The country is dominated by the oil and gas industry, which accounts for about 50% of its GDP and is the primary source of revenue for the country – more than 70% of government revenue and 90% of Angola’s exports come from oil activities.

The risk of over indebtedness remains significant, as the debt is vulnerable to currency depreciations and variations in the price of oil, which will have knock on effect on the construction industry.

For Zambia, GlobalData has cut its construction output growth forecast to -8% in 2020 from an earlier estimate of -3% in 2020.

Ghozzi comments: “Strict containment measures and a sliding Kwacha are restricting domestic demand, while weaker global demand and depressed commodity prices are likely to knock the external sector. Tourism has been hit hard, and the risk of debt default further clouds the outlook.”