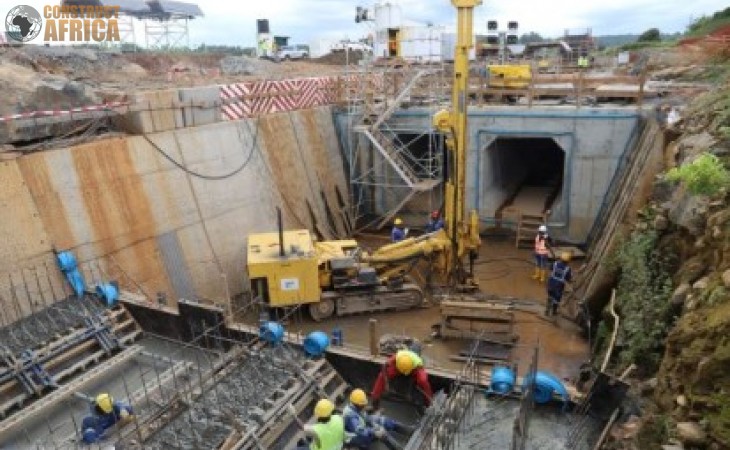 Construction works at the Thiba Dam in Rukenya, Kirinyaga County, Kenya, have been completed by German contractor, Strabag International Gmbh.

Following completion of the construction works, the dam reservoir is now ready for the first filling with the anticipated March-April long rains. It is expected to take two months to fill the dam reservoir.

Kenya's National Irrigation Authority is the implementation agency for the Thiba Dam project. The supervision consultant is a joint venture between Japan's Nippon Koei and local Kenyan engineering consulting firm, Gibb Africa. The project was jointly funded by the Kenyan Government and the Japanese International Cooperation Agency (JICA).

The Thiba Dam is 40 metres high and 1.1 kilometres in length, with a storage capacity of 15.6 million cubic metres of water. The dam is located on the Thika River, about 130 kilometres northeast of the Kenyan capital of Nairobi.

Construction works started on the project in March 2018, and the project was initially scheduled to be completed in 45 months.

The project was initially estimated to cost Ksh8.2 billion, which includes the cost of constructing a road connection from the dam location to the existing road network as well as facilities for water draw-off and safe floodwater drainage. However, the final cost at completion is reported to be Ksh7.8 billion (an approximate cost savings of 5%).

In January (2022), the Project Engineer for the project, Stephen Mutinda, stated that the work was 91% complete at the time, with the dam wall, reservoir and outlet tunnel complete. The remaining 9% included road connections to the existing road network, as well as water draw-off and safe floodwater drainage facilities.

Mr. Mutinda further stated that delays had been incurred due to the late arrival from Germany of a gate valve for control of the water back to the river,  and subsequent problems with obtaining clearance from the port of Mombasa. Speaking further, the Project Engineer said that water levels of the River Thiba were low at the time, and the dam would be relying on the March-April long rains so as not to negatively impact the rice farmers.

President Uhuru Kenyatta on Monday inspected the ongoing construction of the Shs 8.5 billion Thiba Dam as well as the Shs 2.6 billion Mwea Irrigation Scheme expansion project, all in Kirinyaga County.

The construction of the Thiba dam was proposed as part of the Kenyan government's Vision 2030 development programme, as an economic deliverable to increase food security in the country.

Completion of the dam is expected to help ensure a year round continuous flow of water in the River Thiba. This will increase the acreage under irrigation as well as allow for two planting seasons per year.

According to Engineer Charles Muasya, the Acting Deputy General Manager (Engineering Services) at the National Irrigation Authority, completion of the Thiba Dam project will increase the area open to irrigation under the Mwea Irrigation Scheme from 25,000 to 35,000 acres, thus enabling two cropping seasons per year.