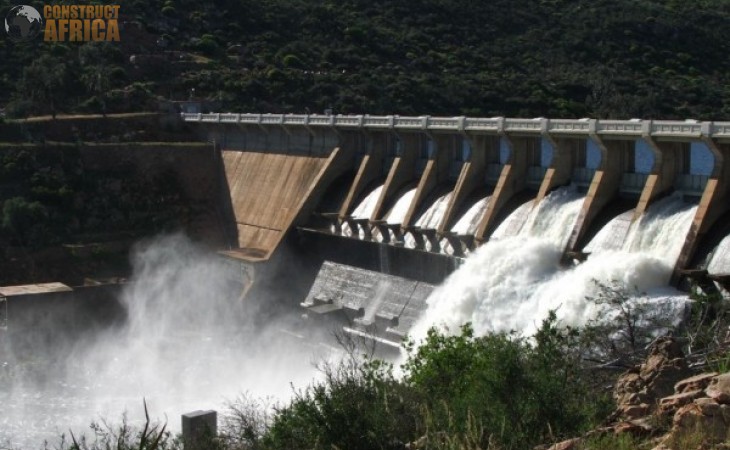 The dam rehabilitation project is now expected to be completed in February 2028.

South African Minister of Water and Sanitation, Senzo Mchunu, has announced an extension to the completion date of the Clanwilliam Dam project. Responding to a question in Parliament, Mr. Mchunu said work on the project had ground to a halt, but is expected to resume in early 2023.

The delay is reported to have increased project costs by R676m (US$37.1 million).

The Clanwilliam dam is located at the foot of the Cederberg Mountains in South Africa’s Western Cape. The dam was originally constructed in 1935 and raised to its present height of 34 metres in 1964.

The dam is currently undergoing remedial works to raise the existing dam wall by 13 metres and improve the foundation of the dam. This follows studies which showed that the dam's sandstone foundation is fractured, with the concrete deteriorating. Solutions considered include the introduction of anchors on the existing concrete apron and deeper foundations to suitable bedrock.

The dam rehabilitation project began in 2013.

The raising of the dam wall is expected to increase the yield of the dam yield by 70 million cubic metres per annum to boost the water supply to the Olifants River irrigation scheme in the northwestern part of the Western Cape Province. This will be a crucial aid to local farmers in the catchment area.

Mr. Mchunu said the department of of Water and Sanitation had established an infrastructure procurement office to initiate a recovery plan for the project. “It is envisaged that this will allow the department to expedite the processing of tenders for procurement of construction materials so that construction activities can be resumed by February 2023," said the Minister.

To help the project progress further, the Department of Water and Sanitation established an infrastructure procurement office to initiate a recovery plan for the project. "It is envisaged that this will allow the department to expedite the processing of tenders for procurement of construction materials so that construction activities can be resumed by February 2023," said Mr. Mchunu, Minister of Water and Sanitation.

On completion of the raising of the Clanwilliam dam wall, a second phase of the project will involve efficient utilization of the additionally yielded water by supplying ecological water requirements, giving existing water users a more stable water supply and using the additional water for new irrigation activities by emerging farmers.

On site at the Clanwilliam dam speaking to the project team on how they will raise the dam wall by 13 meters. @NoxoloKiviet @Kgosientsho_R pic.twitter.com/QcNp7w98T1

The Clanwilliam Dam project is part of a wider network of projects called the Olifants Doorn River Water Resources Project (ODRWRP). The ODRWRP also involved the realignment of the N7 national route, which was completed successfully by SANRAL in 2017.

The ODRWRP further includes upgrading and expanding the conveyance network downstream of Bulshoek Dam by the DWS. The scope of the project also includes site establishment, access roads, support infrastructure / upgrades to the N7, land acquisition, design administration, and project communication. On completion, the project will help stabilize water resources infrastructure, help create jobs and provide for future accommodation of a hydro-power plant. This will help in enhancing green development projects in the country.