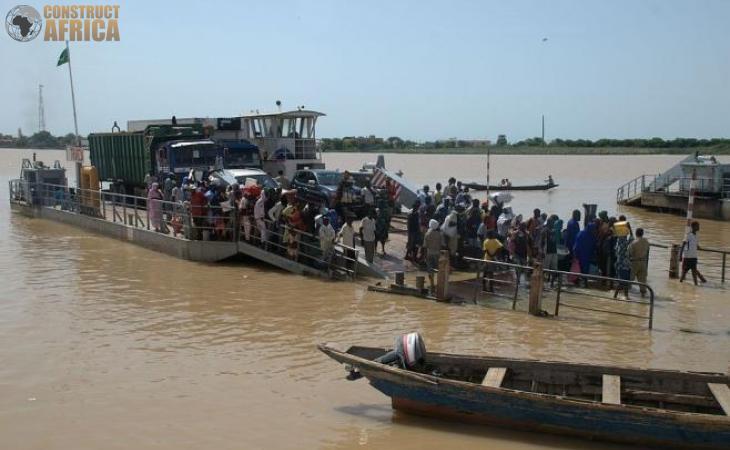 Senegal and Mauritania to construct €87.63m bridge across border

The governments of Mauritania and Senegal have signed a contract for the construction of a bridge on their common border across the River Senegal.

A bridge over the Senegal River will soon connect the two twin cities: Rosso-Senegal and Rosso-Mauritania. The first steps for this project have just been laid. Indeed, the Mauritanian and Senegalese ministers in charge of Transport, Mohamed Lemine Dhehby and Mansour Faye, signed the contract on Thursday.

The infrastructure is a large-scale project. The Rosso Bridge will be built over a period of 30 months. The construction work will start in June 2021 and end in December 2023. At a total cost of €87.63 million, or more than 57 billion CFA francs, the work will be entrusted to a Chinese company, following an international call for tenders.

ConstructAfrica had previously reported that a contract for construction of the Rosso Bridge connecting Senegal and Mauritania has been awarded to Chinese firm, Poly Changda Engineering Co Ltd.

The project is funded by the African Development Bank (AfDB) for €40.75 million and the European Investment Bank (EIB) for €22.30 million. The European Union (EU) also contributed €20 million. In addition, there are contributions of €3.50 million from Mauritania and € 1.4 million from Senegal.

Mohamed Lemine Dhehby welcomed the contract signing, noting that when completed, the Rosso Bridge will “promote regional integration and strengthen the bonds of brotherhood between our two sister nations.” Until then, the Mauritanian minister recalled, “the Rosso ferry remained the only means of transit between our two countries on the one hand and between Europe, the Maghreb and West Africa on the other hand.”

This ferry “has played a vital role in recent decades but with the increasing demand for transport on the axis connecting Europe and Africa via our two countries,” it had “become incompatible with the rapid growth of transport on this axis,” Mauritania’s Transport Minister added.

His Senegalese counterpart, Mansour Faye, echoed those word, praising this initiative which reflects “our common desire to give new life to relations” between the two countries, which “(act) together to build a positive, dynamic collaboration at all levels, based on trust.”

Beyond the image of regional integration, Mr. Faye went on to say, this bridge “materializes friendship” between two peoples and two States. “We have the responsibility to preserve this family heritage in order to bequeath to our children and to future generations a stable and peaceful Senegalese-Mauritanian space, all of whose components live in harmony,” he further said.

Mauritania and Senegal share an offshore gas deposit estimated at 450 billion cubic meters. With the Grand Tortue Ahmeyim (GTA) Platform, the two neighbors are soon expected to produce liquefied natural gas (LNG). The gas field is located 120 kilometers off the Senegalese-Mauritanian coast and is over 2,800-meter deep.

As part of an agreement signed on February 9, 2018, the two states agreed to jointly develop and exploit this field, with an equitable distribution of resources, harmonized procedures, legal and fiscal frameworks.