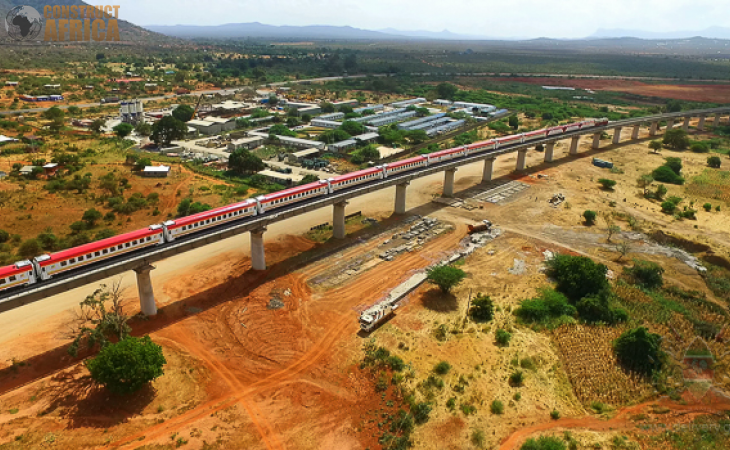 A major study led by the University of York reveals that the impact of Standard Gauge Railway construction may last for years to come.

The study, which is part of the Development Corridors Partnership project, cited Kenya's Standard Gauge Railway (SGR) which runs from Mombasa to Nairobi.

The study revealed that work needs to be done to curb the damage from future infrastructure projects, stating that the major impact of the SGR is pollution and contamination of the air, soil, and water.

The study also showed that other environmental factors resulted from the breaking up of large habitat areas into smaller isolated patches. These more isolated patches will then be unable to support long-term natural processes moving forward.

Kenya's SGR project was given the green light after the completion of two Environmental and Social Impact Assessments. However, scientists now question the solidity of the recommendations implemented after the assessments given the evidence of massive environmental degradation in the project’s area.

Professor Robert Marchant from the Department of Environment and Geography, University of York, said, "African nations are looking forward to large-scale infrastructure investment as a catalyst for economic growth, but our research shows that before this can happen, more work is needed to quantify ecological impacts on the land.

"Not only this, but should issues arises once the projects are complete, there must be a ready-to-go mitigation strategy that can be applied to reduce further damage quickly."

Researchers advise that some changes need to be made to the process, including integrating the environmental impacts into the planning of large-scale projects at each stage. They also recommend that a particular focus be given to consulting and engaging critical stakeholders during the design and implementation phases of infrastructural projects.

Dr Tobias Nymba, Post-doctoral Researcher at the Development Corridors Partnership stated, "These steps are essential if a 'transportation corridor' is to become a true 'development corrido,’, bringing sustainable development and social wellbeing to a country such as Kenya, while minimizing or eliminating environmental damage."