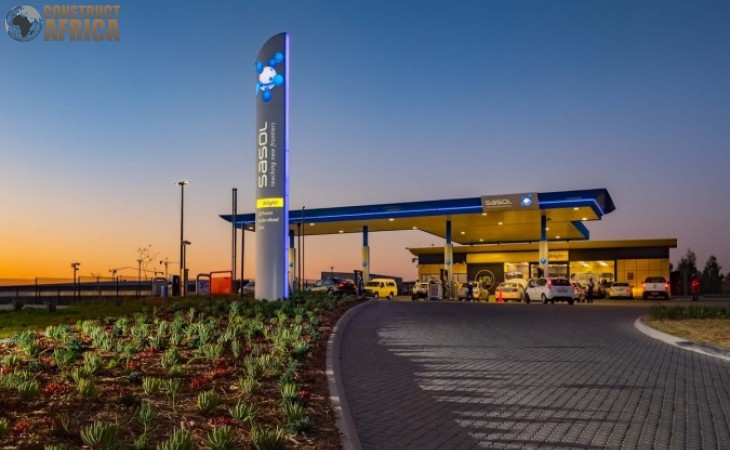 South Africa's Minister in the Presidency, Mondli Gungubele, attended the green hydrogen project launch, which took place on 17 January 2022 in the town of Port Nolloth in the Northern Cape province of South Africa close to the Namibia border.

Green hydrogen is hydrogen produced by splitting water, through an electrolyser, into hydrogen and oxygen, using renewable electricity from renewable energy sources such as wind, hydro or solar.

Green hydrogen is turning into a major player in clean energy transitions and in maintaining a sustainable future. The use of green hydrogen as a clean energy source in industrial processes will help in the decarbonization of the economy.

Green hydrogen was seen as a major driving force for existing as well as future growth and investment prospects in South Africa at the Sustainable Infrastructure Development Symposium, South Africa (SIDSSA21) which took place on 7 October 2021.

Sasol has been engaging with the Infrastructure and Investment Office (IIO) of the Presidency to develop a hydrogen economy in South Africa. Through coordination with the Presidency, three agreements were signed at the SIDSSA21 Symposium between Sasol, the Northern Cape provincial government and the Gauteng provincial government which will boost South Africa's green hydrogen objectives and plans.

Government is in the process of setting up the Boegoebaai hydrogen power project in the Northern Cape’s Special Economic Zone (SEZ). pic.twitter.com/73EF0IOfNd

The Boegoebaai “green hydrogen” development has been designated a Strategic Integrated Project (SIP) in the South African National Development Plan and is located in the Namakwa Special Economic Zone (SEZ). The project’s location and classification as an SIP are key enablers to exploring Boegoebaai’s potential as a global green hydrogen hub.

“We believe that Southern Africa is well positioned to play in the global green hydrogen economy due to key structural advantages. In particular, our proprietary Fischer-Tropsch technologies and renewable endowments, are some of the best in the world,” said Priscillah Mabelane, Executive Vice President for Energy at Sasol.

Sasol has committed to be net zero by 2050 and we see green hydrogen as core to enabling this goal. We have the capabilities and skill set, technology and solutions to co-create the South African hydrogen economy,” added Mabelane.

Speaking at the launch of the green hydrogen project on 17 January 2022, Minister in the Presidency, Mondli Gungubele, said "Green Hydrogen provides the best, long-term, opportunity to decarbonise hard-to-abate sectors as its use is free of emissions."

The Minister further stated that "Green Hydrogen is still an emerging sector but is one with significant potential. Global green H2 demand could reach 530 million tons by 2050, displacing roughly 10.4 billion barrels of oil equivalent (around 37% of pre-pandemic global oil production). The green hydrogen export market could be worth US$300 billion per annum by 2050. Green Hydrogen’s export potential and its potential to decarbonise local industry have so far not yet been fully explored by South Africa."

"Over the past 12 months, Infrastructure South Africa (ISA) has been working with the Northern Cape (NC) and Gauteng provincial governments to develop catalytic green hydrogen projects that will underpin provincial green hydrogen strategies with the NC being the production hub and Gauteng being the domestic demand hub. These projects and strategies together with the DSI’s Hydrogen Society Roadmap for South Africa will be the foundation of a national green hydrogen strategy" added Minister Mondli Gungubele.