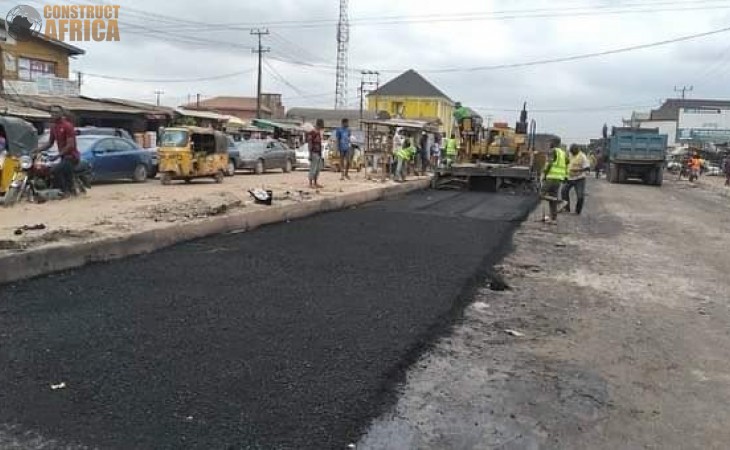 The 32-kilometre road is being rehabilitated by the Ogun State Government.

According to the Ogun State Commissioner for Information and Strategy, Mr. Waheed Odusile, the contract for the reconstruction of the road was originally awarded in 2013 by the previous state government, but was not completed.

The road connects the Sango-Ijoko-Agbado-Akute-Alagbole end of Ogun State to the Yakoyo-Ojodu-Berger end of Lagos State. The previous administration had planned to convert the 32-kilometer road into six lanes, with three lanes on each side.

Addressing the press after the State Executive Council (SEC) meeting in Abeokuta, Odusile disclosed that the Ogun State Government has approved the reconstruction of the road and the contractor had been mobilised to the site to begin work.

Also speaking at the press conference, Engineer Ade Akinsanya, the Ogun State Commissioner for Works and Infrastructure, confirmed the rehabilitation of the 32-kilometre Sango-Ijoko-Agbado road and said the state government will make the road drivable by December if the weather permits. He said the stretch would be divided into six phases and have simultaneous construction work ongoing.

“The Sango-Akute-Alagbole road is a 32-kilometer road awarded by the previous administration and unfortunately abandoned. What we are doing now is that instead of six lanes, we have re-scoped the road and our contractor is moving to the Sango-Ijoko area, working on that and of course the Lagos end”, Akinsanya stated.

He said the State Government would repair the damaged portions of Sango Road and add new layers of asphalt. Areas with no previous road repair work would be reconstructed with an adequate drainage system.

Speaking further, Engineer Akinsanya added that “The segments one and six have been awarded. Included in the work is the palliative work that will ensure that from phase 2 to phase 5 should be motorable all the way from Sango to Yakoyo end”.

The Commissioner for Works and Infrastructure confirmed that a contract to rehabilitate the remaining four segments of the road has been awarded to the tune of ₦300 million (approx. US$715,137.06) to make them drivable before their complete reconstruction.