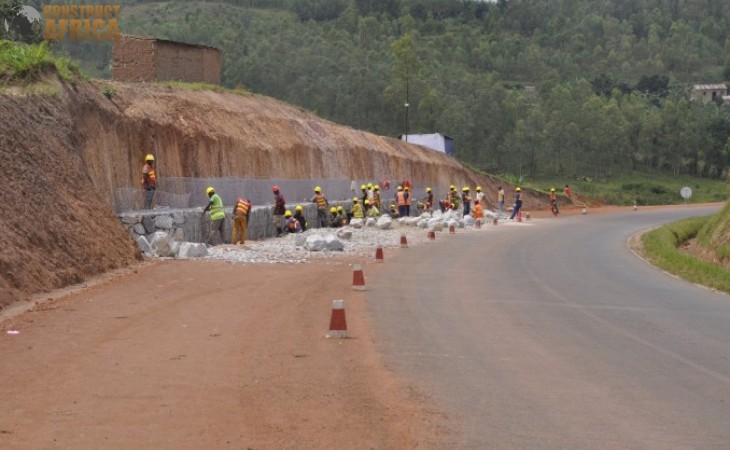 Co-operation between the governments of Japan and Rwanda in transportation projects is contributing to economic growth in Rwanda and enhancing economic integration of the East African Community (EAC).

Three construction projects in Rwanda's Eastern Province which form part of this inter-governmental cooperation include:

During a site visit to the three projects on March 16 this year (2022), Japan's ambassador to Rwanda, Masahiro Imai, stated that the first two projects (the Rusumo-Kayonza Road Improvement Project and the Ngoma-Ramiro Road Upgrading Project) are loan projects. According to the ambassador, the projects are key transport sector projects contributed by Japan to develop Rwanda's economic infrastructure.

Ambassador Imai stated that the third project (Capacity Development for Trade Facilitation and Border Control in East Africa) is a technical cooperation project. Through this project, Japan has increased the capacity of the One Stop Border Post (OSBP) between Rwanda and Tanzania. The OSBP is located near the Rusumo International Bridge which was also constructed with funding from Japan.

Ambassador Imai added that the traffic volume is expected to increase in and around Rusumo and Kayonza and as well as between Ngoma and Ramiro which form important parts of the Central and Northern corridors. The projects will enhance the cross-border movement of people and goods and strengthen inter-regional trade, supporting Rwanda’s goal of becoming an upper-middle-income country by 2035.

Also speaking during the site visit, the deputy Director-General of the Rwanda Transport Development Agency (RTDA), Patrick Emile Baganizi, explained that the Kayonza-Rusomo road is 92 kilometres long while the urban roads being built in Kayonza, Ngoma and Kirehe were about 20.6 kilometres long. Mr. Baganzi added that Japan is also funding the lighting up of 112.6 kilometres of roads. Mr. Baganzi further noted that these Japanese-funded road projects will improve transportation links between the three districts where these roads are located, as well as between Rwanda and other neighbouring countries.

On completion of the Ngoma-Ramiro road upgrade, trucks from Tanzania will be able to use the Rusumo-Ngoma-Bugesera-Rusizi route to deliver goods to Democratic Republic of Congo (DRC), instead of the Rusumo-Kigali-Huye-Rusizi road. The new route will help reduce the price of goods delivered by shortening the journey.

Yvonne Gatera, an Assistant Commissioner in charge of Customs Operations at Rwanda Revenue Authority (RRA), commented that the new Rusumo One Stop Border Post (OSBP) has contributed positively to Rwanda’s economy. She noted that 95% of products coming into Rwanda pass through the border, and the OSBP had reduced the time for goods verification at the border from four hours to thirty minutes.