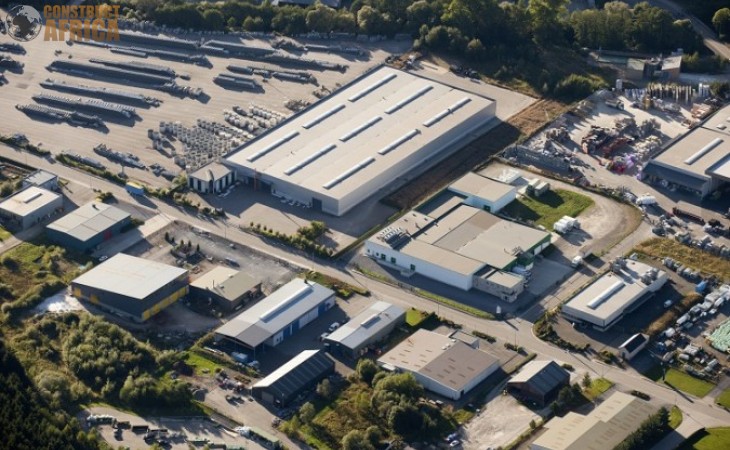 A 330-hectare industrial zone is to be constructed in three phases.

ARISE Integrated Industrial Platforms (ARISE IIP), a Pan African Infrastructure developer, has signed a construction partnership deal with the Rwanda Development Board to add to the Bugesera Industrial Zone.

This agreement comes after parliamentary approval of the construction deal last month and falls in line with ARISE’s ambition to unlock Africa’s industrial potential.

It will also help the Government of Rwanda’s mission to advance the country’s industrialisation agenda.

Gagan Gupta, CEO of ARISE IIP, said at the signing ceremony: “We are honoured to be able to partner with the Government of Rwanda in developing the Special Economic Zone in Bugesera. With our experience as developer and operator of industrial ecosystems across Africa, we intend to support the Rwandan Government's efforts to develop the country.”

🇷🇼 We are proud to announce, in partnership with the Government of Rwanda (@RwandaGov), the signing of a Framework Agreement for the development of an #IndustrialZone in Bugesera. pic.twitter.com/Rx8Y2rS0K4

The joint venture will undertake the development of an industrial zone spanning 330 hectares, and which will be constructed in three phases.

A report released by the Senate Committee on Economic Development and Finance shows full expropriation of the 330 hectares of the Bugesera industrial park. The developmental cost of the Special Economic Zone (SEZ) is estimated to be US$100 million.

The SEZ will help promote and attract multi-sectoral industrial and commercial investment in the country and help transform local raw materials unto high-added value products.

The SEZ is expected to be fully operational in three years, starting in 2022. A bulk blending fertilizer and storage plant for producing and distributing fertilizer is set to be completed on-site by 2023.

The zone will also feature and focus on transforming timber packaging, agro-processing, construction materials, logistics, and other processing industries.

There are also plans to build a modern tannery park in the Bugesera district to reduce the import of tanned hides and skins. That will help reduce Rwanda’s trade deficit.

The SEZ’s strategic location will help contribute to the country’s economy. It will be 10 kilometres from the upcoming new international airport in the Bugesera district. It is also near the Rwandan capital Kigali, which has been transformed into a key regional economic and cultural hub.

ATIF is an investment company established in 2022 to bring solutions to the gaps hampering African development.

Clare Akamanzi, CEO of the Rwanda Development Board (RDB), stated “We are excited to partner with ARISE IIP to develop and operate a Special Economic Zone in Bugesera District, which is going to be a budding hub for trade and investment. Strategic investments like these not only promote more investments, and exports in the country but also the creation of jobs for our people as we strive to become a middle-income economy. We look forward to working together with ARISE IIP to ensure that the objectives of the Bugesera SEZ are met.”

Angelique Umwali, the Vice Mayor in charge of Economic Development in Bugesera District, spoke of the timely nature of the joint venture in developing the industrial zone.

“So far, seven industries are operational in Bugesera special economic zone, and four industries are being constructed. There are activities to be carried out by the Ministry of Trade and Industry. Among those which are seeking funds include sewage treatment plant and phase one of the fence to be constructed,” Umwali said.