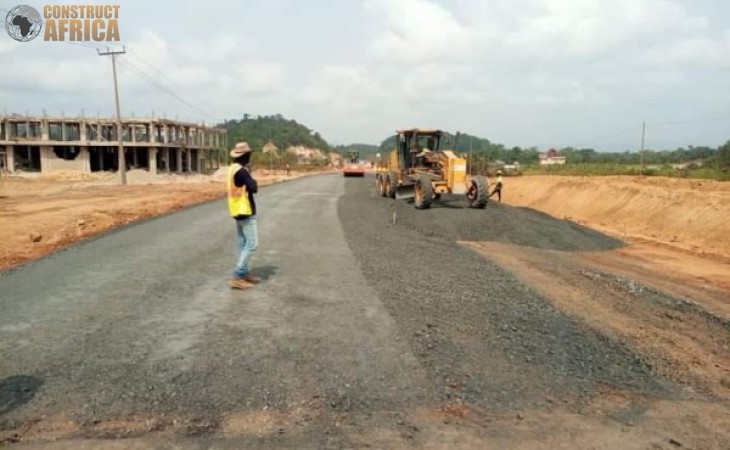 Ghana's Ministry of Roads and Highways has indicated that the government will start work on nine new major road projects and seven new bridges in various parts of the country this year.

According to an article posted on the Graphic Online news platform, the nine new road projects to be executed are:

In a tweet posted in January, Ghana's President Akufo-Addo declared 2022 as the third 'Year Of Roads'.  "The government of Ghana will start work on nine new major road projects in parts of the country this year (2022) and complete many others that are at advanced stages of completion," stated the President.

During an inspection tour of road projects in the country, the Minister of Roads and Highways, Kwasi Amoako-Attah, said the government was determined to develop the road sector. “Many of the projects throughout the country have reached the stage of substantial completion; that is, above 80 per cent. It is going to be completions galore from now until 2024” stated the Minister during the inspection.

Seven bridges are expected to be completed this year. The proposed bridge construction projects include the Adawso-Ekyi Amanfrom Bridge, which will become the longest bridge in the country - spanning a length of three kilometres across of the Volta River.

The six other proposed bridges proposed to be constructed are the Buipe and Yapei bridges as well as the Daboya, Obuasi, Juanayilli and Nawunui bridges.

The bridge projects also include five new interchanges in the Greater Kumasi Metropolitan Area, including the Suame, Santasi and Airport interchanges.

42 road projects, which are recorded in the 2022 budget as being between 12% to 96% complete, are also planned to be progressed and/or completed this year.

Some of the ongoing road projects planned to be completed this year include:

There are three projects at different stages of preparation under the public-private partnership (PPP) programme of the Ministry of Roads and Highways. These are: