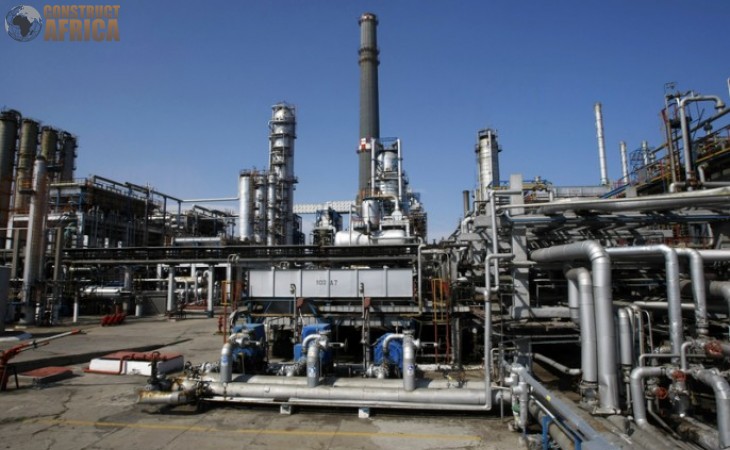 The Nigerian National Petroleum Corporation is overseeing the US$1.5 billion project.

The Port Harcourt refinery (Area 5) is one of the oldest and largest of the three Nigerian government-owned oil refineries. It is located at Alesa Eleme, in the oil-rich Niger Delta region of Nigeria.

However, despite having a total crude processing capacity of 210,000 bpd, these refineries function at only a fraction of their capacity. That has been happening because of inefficiency and lack of maintenance.

Processing under-capacity has led to Nigeria having an increased dependency on imports of refined petroleum products.

In March 2021, the Nigerian government approved US$1.5 billion funding to rehabilitate the refinery complex. The three-phase project will be completed in 2025. NNPC has a target capacity of 90% to be restored by the end of 2022.

The project began on 6 May 2022 and was 30% completed by June 2022, according to Mustapha Yakubu, NNPC General Manager for Refineries and Petrochemicals.

Ahmed Dikko, Managing Director Port Harcourt Refinery, on its ongoing rehabilitation: We are looking at being able to operate the refinery at, at least, minimum of 90% of its installed capacity. pic.twitter.com/ojA2iGriVg

Internally generated revenue (IGR), the Nigerian federal government’s budgetary provisions, and the African Export-Import Bank are expected to provide funding for the project.

It will also boast a butamer isomerisation unit and an alkylation unit. Other units are hydrogen purification, fuel gas vaporiser, sour water, and caustic treatment. The refinery complex currently uses four turbogenerators of 14MW an hour of electricity generation capacity each and four boilers of 120 tonnes an hour of steam generation capacity each.

Tecnimont was awarded the engineering, procurement, and construction (EPC) contract for full rehabilitation of the refinery in April 2021. The company and its Nigerian subsidiary, Maire Tecnimont, also acquired a US$50 million contract for the first phase of the refinery (March 2019).   The phase 1 scope included integrity check and equipment inspections of the Port Harcourt refinery complex in preparation for the rehabilitation works.

Contractors have completed and certified the scaffolding of Port Harcourt refinery to begin full scale rehabilitation of Fed Govt 's biggest refinery. Nigeria will not be relying heavily on Dangote, as the three refineries in PH, Warri, and Kaduna will all be rehabilated . pic.twitter.com/PCaSiu8ZgV

“We plan to finish Area 5 by the first quarter of next year. It is a priority for us at this point. The other parts of the refinery would come a few months afterward. We are on track and managing the process very well. We will continue to do the best we can at all times to ensure that we meet these expectations we put on ourselves. That way, we all would be proud of all these activities and begin to have some refining capacity in Port Harcourt,” said Ahmed Dikko, Managing Director of the Port Harcourt Refining Company Limited.