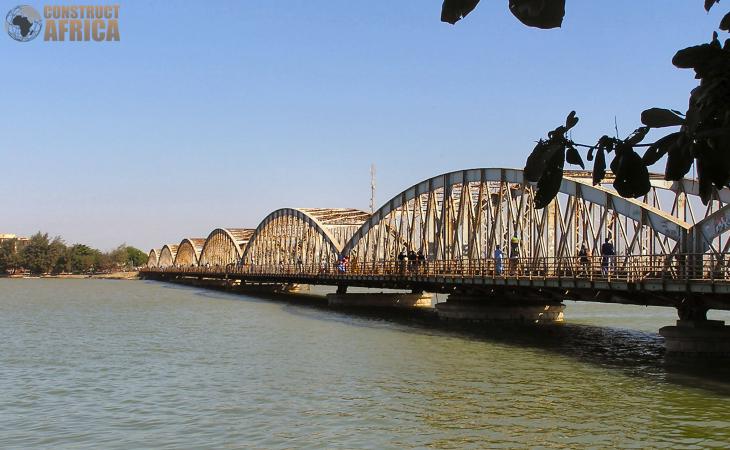 A contract for construction of the Rosso Bridge connecting Senegal and Mauritania, has been awarded to Chinese firm, Poly Changda Engineering Co Ltd.

The value of the bridge construction contract is €47 million (approx. US$56 million). The planned start date of the construction works is 20 December 2020, with construction expected to be completed in 30 months.

The scope of the contract is to construct the bridge and access viaducts with a total length of approximately 1,461 meters on the Senegal River and the development of access roads over a distance of approximately 8 km.

On completion, the Rosso Bridge will have two lanes on one side and one lane on the other, with a projected average daily traffic of 370 vehicles which is expected to rise to 3,210 by the year 2048. The bridge will improve border crossing conditions between Mauritania and Senegal reducing the crossing time from the current time of approximately 25 minutes down to about two minutes.

The bridge will link the Rosso municipality in Senegal municipality to its twin city Rosso in Mauritania, which are separated by the Senegal River, and are currently accessible only by ferry. The new Rosso Bridge will replace the ferry service. Building the bridge will boost both capacity and safety, as the ferries can be unreliable particularly during the rainy season.

The project is being financed by the African Development Bank (AfDB), the European Investment Bank (EIB) and the European Union. In December 2016, the African Development Bank Group (AfDB) approved a loan of US$34.5 million to the Islamic Republic of Mauritania and a loan of US$10.5 million to the Republic of Senegal, to finance the construction of the bridge. In June 2017, the EIB also signed a €22 million finance contract with the government of Senegal in support of the Russo Bridge project.

“The EIB is very proud to finance this project, which illustrates the priority we are giving to sustainable development”, said Vice-President Ambroise Fayolle during the signing ceremony of the finance contract between EIB and the government of Senegal. “Once completed, the Pont de Rosso bridge will contribute to the development of transport activity along trans-African corridors. It will improve people’s living conditions and integration whilst creating new job opportunities for young people,” he further said.