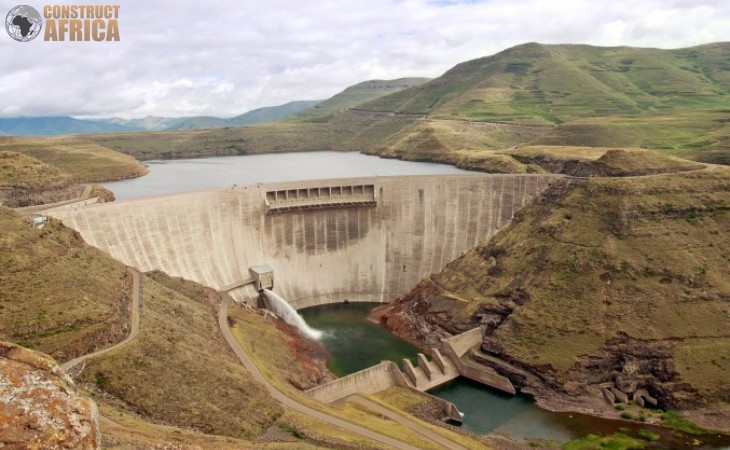 The Lesotho Highlands Development Authority (LHDA) has announced the award of contracts for construction of the Polihali Dam and the Polihali Transfer Tunnel.

These are two of the biggest Phase 2 contracts awarded by LHDA to date and are part of the Lesotho Highlands Water Project (LHWP). The award of the dam and transfer tunnel contracts marks the beginning of the final stage of the water transfer infrastructure construction for the LHWP.

The Polihali Dam is a concrete-faced rockfill dam, like the majestic Mohale Dam which was constructed in Phase 1 of the LHWP.  It will create a reservoir on the Senqu and Khubelu rivers with a surface area of 5 053 hectares. The infrastructure also includes a spillway, a compensation outlet structure and a mini-hydropower station.

The Polihali Transfer Tunnel will transfer water by gravity from the Polihali reservoir to the Katse reservoir, the centrepiece of the LHWP. From Katse, water is transferred via the delivery tunnel to the Muela Hydropower Station constructed in Phase 1, and then on to the Ash River outfall outside Clarence in the Free State on its way to Gauteng.

The transfer tunnel will be approximately 38 kilometres long with a nominal bore of five metres. Both tunnel boring and drill and blast methods will be used to excavate the tunnel.

The contract amount for the Polihali Dam is M7.68 billion (Maloti), approximately US$452 million.

The contract amount for the Polihali Transfer Tunnel is M9.2 billion (Maloti), approximately US$542 million.

Construction works are expected to begin in November and December for the dam and tunnel respectively. Commissioning of the facilities is expected to take place in 2028.

[Read] The Department of Water and Sanitation has welcomed the awarding of major contracts for the construction of Phase II of the Lesotho Highlands Water Project (LHWP) https://t.co/ep3fSjshsu pic.twitter.com/lPmcn6R9c3

“This is an exciting moment for the Project and the LHDA. With our experience in successfully delivering large and complex infrastructure projects, we are confident that we will deliver quality engineering showpieces even as we carefully manage impacts on people and the environment,” confirmed Tente Tente, Chief Executive, LHDA. “Both joint ventures include Lesotho, South African, and international companies in keeping with Article 10 of the Phase II Agreement.”

The procurement process for the design and construction supervision of the Oxbow Hydropower Scheme, a critical component of Phase 2, has also begun. March 2023 is the deadline for submitting bids for engineering, environmental and social consultants.

The project will help in direct and indirect job creation during the development phase. The construction sector will benefit from the project during 2022-23. Most economic benefits will be acquired only by 2028 once the project becomes operational. After LHWP Phase 2 starts generating electricity and exporting water, Lesotho is expected to see an increase in revenue generation.