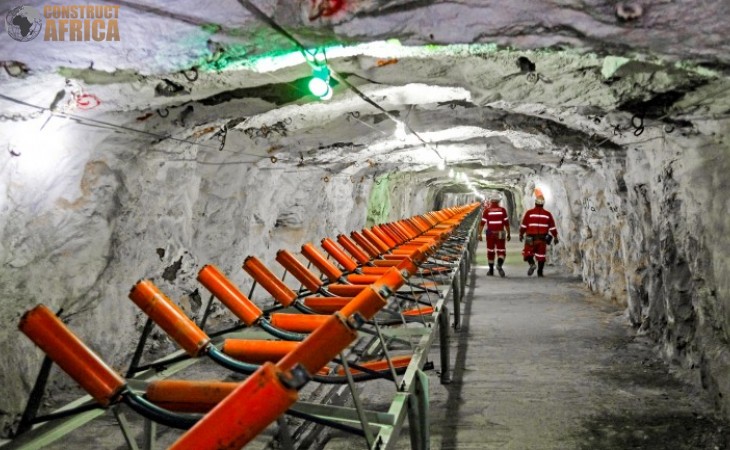 Platinum Group Metal Mine Development In Zimbabwe To Get Underway Soon

Groundbreaking for the project is expected in December.

Tharisa, a South African mining firm, is investing US$391 million into developing the Karo Platinum Group Metal (PGM) mine in Zimbabwe.

The company owns a 70% stake in Karo Mining Holdings, which owns the Karo PGM Project on Zimbabwe’s Great Dyke. The Mining Lease area for the Karo Project covers 23,903 hectares. It is in the Great Dyke in the Mashonaland West District of Zimbabwe, approximately 80 kilometres southwest of Harare and 35km southeast of Chegutu. The Great Dyke is a PGM-bearing geological feature from north to south. It is 550 kilometres long and 11 kilometres wide.

According to Phoevos Pouroulis, chief executive of PGM, the company plans to spend US$391 million on developing the planned 194,000-ounce (6E – platinum, palladium, rhodium, ruthenium, osmium, and gold) per year mine.

The mine life is 17 years, and it will add to the list of platinum mines in South Africa. The others are Tharisa’s namesake mine, Anglo American’s Mogalakwena, and SPM’s Pilanesberg Platinum Mines.

The groundbreaking ceremony is expected in December 2022, with construction beginning in July 2024. A local earthworks contractor has been appointed and will begin onsite activities in December 2022.

The Karo Project is an open pit mine and is expected to deliver its first mineral ore to the mill within the next two years. A well-developed infrastructure supports the mining area, with road and power access in the project area.

“We are fully licenced and permitted, and we believe this is a low-risk approach to any mining opportunity being large-scale, open pit, low cost and adopting a multi-phase development approach,” said Pouroulis.

Karo Mining Holdings is also in talks with Total Eren, a renewable energy firm, to develop a 300-megawatt solar plant that will be the power source for the mine.

Phase 1 of the plan has a target mining capacity of 2.1 million tons per year (Mt/y) of a run of mine (ROM) material at a grade of 3 grams per ton of material (g/t) (5PGE+Au). An owner’s mineral resource management team will be appointed to oversee mining operations and grade control.

We have an open-pit mine making it more cost-effective than shaft mining because more ore can be extracted at a quicker pace. The working conditions are also safer for our miners, as there is no risk of cave-in or emissions of toxic gas. #SafetyFirst #TharisaMinerals pic.twitter.com/A96lodpQdm

Four open pits will be developed in sequence up to a maximum pit depth of 100 metres over a strike length of over 20 kilometres.

Primary rougher flotation tails go to secondary ball milling (F80 -75 micron) and then to a bank of six secondary rougher cells and two low-grade cleaner stages before the thickening and filtration. The long lead time items for the plant, including the two ball mills and the flotation cells, have already been ordered.

Tharisa Plc has issued a US$50 million bond to raise US$390 million for the project. The bond is the first to be issued on Zimbabwe’s Victoria Falls Stock Exchange with the company as the guarantee.