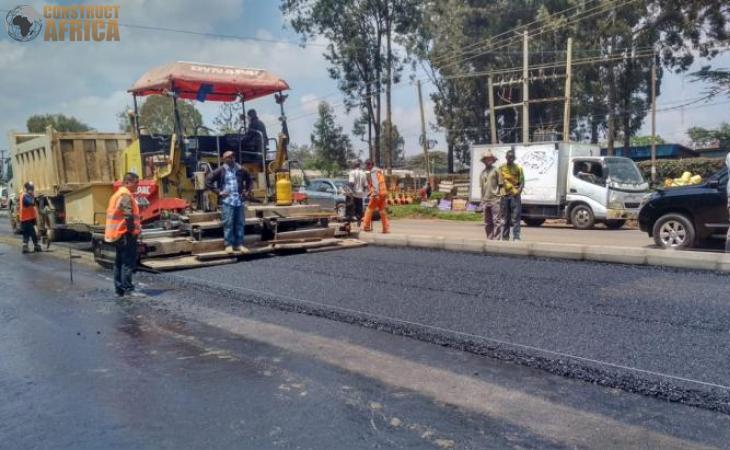 Phase 3 of Ksh2.3b Ngong Road Upgrade in Kenya to be Completed in May 2021

The 9.8km road project has been under construction since July 2017, and was initially scheduled for completion in 2019.

Delay Analysis in Construction Disputes: How can you get the arbitral tribunal to trust your method?

But that didn’t go as planned due to some challenges in moving water and power lines encountered by the contractor. The presence of furniture traders who had invaded the road section was also another cause for delay.

The contract for the KES 2.3bn project was awarded to a Chinese firm, Quinjian International Group (K) Limited, in 2017.

Funding for the project was entirely sourced from the government through the Development Vote and covers three sections. These sections include Dagoretti Corner-Karen Roundabout (6.2km), Karen Road (1.9km), and a small section of Langata Road from Karen Shopping Center (1.7km).

The Kenya Urban Roads Authority (KURA), the body responsible for overseeing the project, explained that the scope of works includes 6.5 meter-wide two-lane carriageways and two roundabouts. These roundabouts will be located at the Karen/Ngong Road section and the Karen/Lang’ata Road junction. The design will also include landscaping for the preservation of the environment and beautification, bus bays, and non-motorised transport (NMT’s) including footbridges, footpaths, and cycle paths.

In mid-February 2021, KURA stated, “The dualling of Ngong Road phase III from Dagoretti Corner Junction to Karen roundabout section is on course with a progress of 83% with its completion due in the next four months.”

The motorway design entails five footbridges and five lanes, with walkways and cycle tracks on both sides. The dualling of the road provides a median to be developed later for Bus Rapid Transport (BRT) or a light railway. KURA explained, “It will also include the installation of street lights, intelligent traffic signals and walkways for pedestrians.” Such a BRT system is found in many large cities around the world and particularly in Europe. It is a transit system that is designed to allow buses to run for a significant part of their trip within a fully dedicated “right of way” to avoid traffic jam.

The agency explained that the project is part of the construction and infrastructure upgrades meant to boost Nairobi’s status to achieve the Vision 2030 goal of transforming the status of the country into a middle-income economy. The first phase that runs from the Kenya National Library to Ring Road Junction is currently in use.