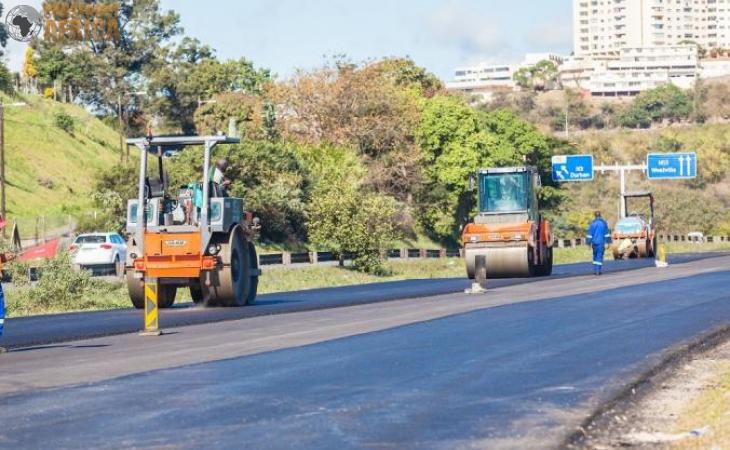 One of South Africa’s Busiest Highways to Get an Upgrade

The agency said that initial upgrade works will be done between the Dardanelles interchange and the Lynnfield Park interchange situation between Cato Ridge and Pietermaritzburg. The highway’s upgrades are part of a R30bn (USD 2bn) upgrade package that includes both the N3 and N2 highways in and around Durban in KwaZulu-Natal. The main upgrading activities on the N3 are estimated to start in May 2021 and will start with the widening o the southbound carriageway.

Sanral said, “During the next 42-month construction period, the existing four-lane dual carriageway road will be upgraded to an eight-lane dual carriageway by widening to the median and outer shoulders. The existing Dardanelles interchange will also be upgraded to improve traffic flow. The construction will result in an investment of R1.48 billion in this section of the highway and create an estimated 700 employment opportunities.

“Initial work will impact traffic utilising the R103 north of the Camperdown interchange to the south of the Lynnfield Park interchange.” The agency added that the upgrade is part of the government’s initiative to use the boosting of infrastructure as a way to kickstart the economy.

Corné Roux, Project Engineer of Sanral Eastern Region said, “STOP/GO traffic accommodation along this section of the R103 will be in place to repair the R103 surface and to lower the R103 where it crosses under the N3 north of  Dardanelles. Motorists are, however, advised to take note of the construction site and to be observant of the advance warning signs and speed reductions when travelling past the construction work zones.

“The safety of road users and construction workers is of paramount importance. We urge all road users to be extra vigilant, drive with extreme care during the upgrades and obey traffic rules at all times.” He explained that the ‘stop and go’ controls are expected to be effective from 12th February to 12th May 2021.

Another part of the N3 upgrade is the Westville Viaduct/Paradise Valley which will have the first network arch bridge to be constructed in South Africa. This bridge will cost R300 million and will span the entire N3 with no support piers. This is aimed at creating space for additional lanes.

Transport Minister Fikile Mbalula said, “The N3 upgrade project will improve the capacity of the N3 from the Westville Viaduct to the Paradise Valley Interchange in KwaZulu-Natal. The total length of construction will be a massive 1,666km and will include an innovative arch bridge to span the N3.”

President Cyril Ramaphosa said that the country’s infrastructure projects form a significant part of the government’s COVID-19 recovery plan. Speaking in his 2021 state of the nation address early last month, he said, “We have now developed an infrastructure investment project pipeline worth R340 billion in network industries such as energy, water, transport and telecommunications.

“This includes the rehabilitation of the N1, N2 and N3 highways, the student housing infrastructure programme, and the Mokolo and Crocodile River water project.”