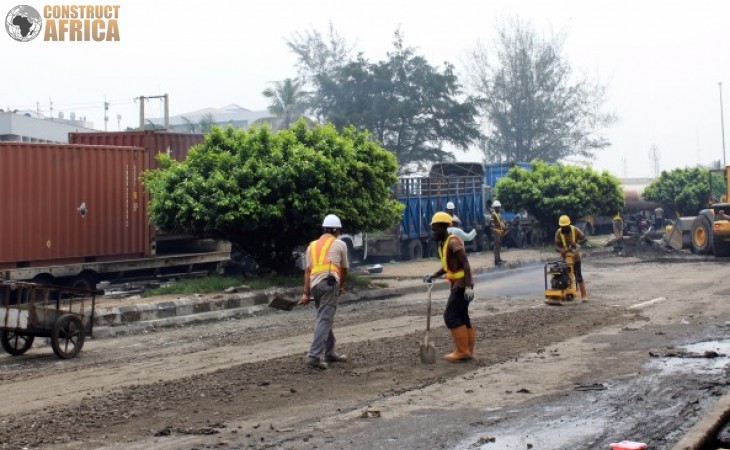 The 35-kilometre road is being reconstructed via a public-private partnership.

AG Dangote Construction Company Ltd won the contract for N73 billion (US$176.1 million) under the federal government’s tax credit scheme. Under this scheme, the Federal Government, in exchange for payment, granted the Dangote Group a three-year tax exemption.

The stretch of road for reconstruction spans 35 kilometres (from Creek Road, Liverpool, up to Marine beach Mile 2 to Oshodi to Oworonshoki and the Toll Gate). The design was modified to have reinforced concrete for strength instead of normal asphalted roads.

This change was approved because of heavy traffic and axle load on the axis. Some sections of the road were reinforced with 200-millimetre thick concrete to increase the road’s lifespan to 40 years.

The four-lane expressway will have two service lanes parallel to the expressway and run from Apapa Tin Can Port to the old toll gate at Ojota. The road helps connect the nation’s busiest seaports (Apapa Wharf and Tin Can) with the Murtala Muhammed International Airport.

Hitech Construction Company is constructing the road on behalf of Dangote, and is making steady progress on the project.

The road will have a layer of asphalt on the concrete. “With concrete, if you’re concerned about strength and stability, the solution is to simply lay a thicker slab. Because of this, contractors laying concrete rarely worry about preparing the base. The ground underneath a concrete driveway may be prone to shifting or sinking, and there’s no way of knowing what’s down there until it’s dug up.

“Unfortunately, when asphalt driveways are poured over concrete resting on an unstable base, the resulting asphalt pour is prone to instability. Also, expansion joints in the concrete will quickly turn into cracks in the asphalt, which will require costly ongoing repair jobs,” said a senior Federal Ministry of Works and Housing official.

“Asphalt driveways last longer and look better when they are built from the ground up. The new asphalt driveway will have a proper, stable base and therefore will require less maintenance as time goes on, saving money in the long run,” the official added.

Forosola Oloyede, the acting Controller, Work Section, Federal Ministry of Works and Housing, said the project is expected to be completed by November 2022.