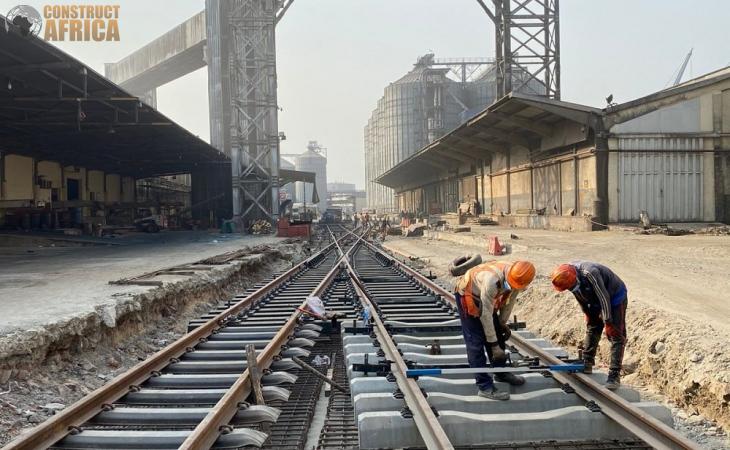 The Federal Government signed an agreement with Portuguese contractor Mota-Engil Group for construction of the US$1.96 billion Kano-Maradi Standard Gauge Railway line.

The 284-kilometer railway connects Kano in Nigeria to Maradi in Niger Republic. It is part of a plan to boost the country’s economic growth and aid reconstruction in the northern regions. This is important because these regions have suffered at the hands of terrorist group Boko Haram over the past decade.

The project’s news came through a tweet by Rotimi Amaechi, who is Nigeria’s Transportation Minister. He tweeted, “Today, we signed the contract documents for the commencement of the Kano-Maradi, Kano-Dutse railway project.” He also said that Mota-Engil would also build a university in the country as a form of Corporate Social Responsibility (CSR) of the deal signed.

This railway project’s funding was organized by the African Finance Corporation and Credit Suisse, and the KFW-IPEX Bank. It was approved by Nigeria’s Federal Executive Council in September of last year.

According to the terms of the US$1.96 billion deal, the Portuguese contractor will build a single-track standard gauge line with 12 stations over a period of 36 months. These stations will run from Kano in northern Nigeria to Maradi in the south of landlocked Niger. The railway line will give Niger access to Nigerian ports.

The deal was signed by Hon. Rotimi Amaechi, the Minister of Transportation, and Antonio Gvoea, the Managing Director of Mota Engil. The latter signed on behalf of the contracting firm while the former on behalf of the federal government. This contract type is Engineering, Procurement, and Construction (EPC).

Several representatives witnessed the signing ceremony. Some of those who witnessed the signing include Dr. Magdalene Ajana, the permanent secretary of the Federal Ministry of Transportation; Pius Oteh, the Director of Legal Services; Cameron Beverly, the Head of Legal at Mota-Engil Group, Mohammed Abdul-Razaq, the Vice President of Mota-Engil Group, Yusfu Tuggar, Nigerian Ambassador to Germany; and Fidet Okhira, the Managing Director of the Nigerian Nigeria Railway Corporation.

The new railway corridor, which will be in the northern region, will run through three states: Jigawa, Kano, and Katsina. The rail line traverses the major commercial and administrative centre of Kano and passes through other economic hubs of the country including Kazaure, Daura, Katsina and up to the border town of Jibiya and the Niger Republic city of Maradi. Eric Ojiekwe, the director of the press of the Ministry of Transportation, explained, “The 283.750-kilometer rail line, besides developing freight and passenger transport as it will be integrated with road transport, will make a great contribution to the local economy as well as an important development in the social sector.”

Speaking during the launch, the President said “The project, when completed, would serve import and export of goods for Niger Republic and other countries in the sub-region through Nigerian ports. The country would earn revenue through expansion of trade and commerce, while the people of Niger Republic will benefit from ease of transportation logistics at affordable cost in their import and export business,”