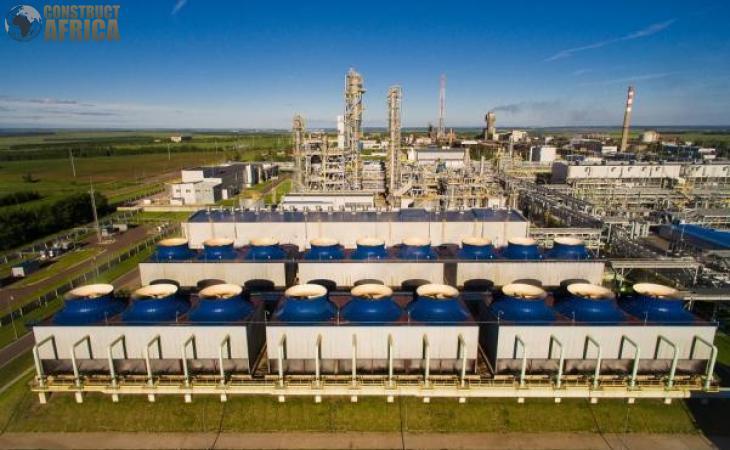 This pact will utilize Nigerian gas and Moroccan phosphate to produce 750,000 tons of ammonia and one million tons of phosphate fertilizers annually by 2025.

The first phase of the MPI Project will produce 1.5 million tonnes per annum of Ammonia in two phases. Up to 70% of the Ammonia produced will be allocated for export to Morocco and the balance will be routed to the production of 1 million tonnes per annum of Di-ammonium Phosphate (DAP) and NPK fertilizers to feed domestic demand. It is expected that project construction will commence no later than Q3, 2021. In the first phase of the project, US$1.4 billion will be invested in building out the plant and its supporting infrastructure with a target operations-commencement date of 2025.

The project will be sited in Akwa Ibom State in a gas-rich location. Factors such as land availability and accessibility; gas adequacy; sufficiency of marine draft; and other environmental and social considerations informed the decision to site the plant in Akwa Ibom.

To achieve this production target, several agreements were signed between the Fertilizer Producers and Suppliers Association of Nigeria, OCP Africa, and the NSIA to commit to the initiative's second phase.

The Nigerian delegation at the signing ceremony was led by Timipre Sylvia, the Minister of State for Petroleum, and other officials of the Nigeria Sovereign Investment Authority (NSIA).

A Shareholder’s Agreement was signed between OCP Africa and the NSIA to create a Joint Venture Company. The agreement will oversee developing a versatile industrial platform that will produce ammonia and fertilizers in Nigeria.

The agreement with OCP Africa is designed to create a clear path for the second phase of the Presidential Fertiliser Initiate as well as the creation and operationalization of a Multipurpose Industrial Platform (MPI) in Nigeria.

This agreement stated, “A Memorandum of Understanding between OCP Africa, the Nigerian National Petroleum Corporation, and NSIA was sealed. The objective of this pact is to evaluate the opportunity of an equity investment by the NNPC in the JVC and for its support on gas.”

Welcoming the Nigerian contingent, the Chairman and CEO of OCP, Dr. Terrab said “Ultimately, these agreements will strengthen the partnership between the NSIA and OCP Group and the different institutions in the gas industry in Nigeria. The outcome of today’s agreements will translate to knowledge transfer and broader economic opportunities as we build out the industrial platform. The platform will leverage the best of Nigerian and Moroccan natural resources, namely the Nigerian gas and the Moroccan phosphate and create a new basis for stronger ties”.

Speaking on the development, His Excellency, Chief Timipre Sylva, Hon. Minister of State for Petroleum and head of the Nigerian delegation said “I assure you that President Muhammadu Buhari is very committed to actualisation of this project. He has mandated the Ministry of Petroleum Resources and all its agencies, notably the NNPC, DPR, NCDMB and all other government agencies to give maximum support for this project.”

In his comment, Mr. Uche Orji, MD & CEO of NSIA said “this project forms a key part of NSIA’s gas industrialisation strategy and will deep intra-continental trade which is essential to Africa’s development and economic renaissance. This landmark project, the MIP, will explore increased levels of synergy between NSIA and OCP and the partners to the transactions and ultimately ensure that Nigeria builds an industrial base that is sustainable and complimentary to mutual objectives of developing the agriculture sector in Nigeria”.