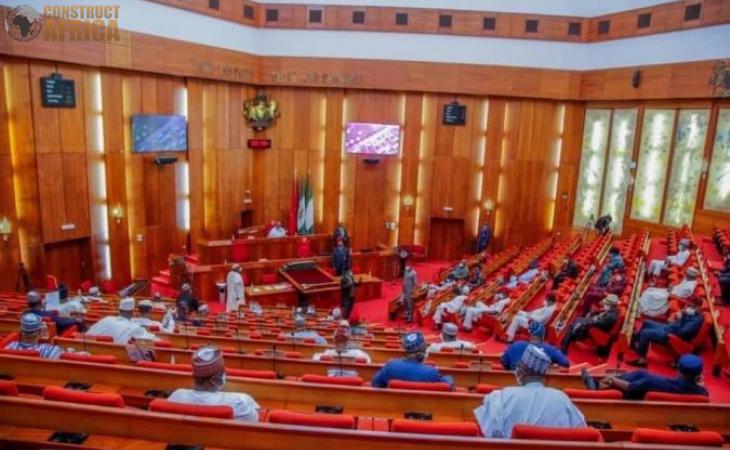 After being abandoned for 42 years, the Nigerian Senate has called for the construction of the Badagary/Sokoto expressway to promote economic growth in the country.

During the Senate plenary session on Wednesday, 3 March 2021, Senator Sadiq Umar, alongside seven other Senators, made a case for the Badagary/Sokoto expressway project. The Senate started to dig into why this road’s construction commenced in 1978 during former Head of State Olusegun Obasanjo’s time in office, only to be abandoned in 1979 after he handed over power to former President, late Alhaji Shehu Shagari.

The Badagary/Sokoto expressway was designed to link Nigeria and other West African countries through the Seme border. It was expected to connect around 12 states, including  Lagos/Badagry, Ogun/Agbara, Oyo/Abeokuta, Kwara, Niger, Kebbi and Sokoto at the national level, with Benin, Togo and Niger at the international level.

The expressway would also link Apapa seaport, Seme land border, and Agbara Industrial Estate - one of the country’s largest industrial hub. Both the Federal and Ogun State governments generate huge revenues from this hub annually.

Ahmad Lawan, the Senate President, mandated the Committees on Finance, Works, and National Planning and Economic Development to jointly interface with the Federal Road Maintenance Agency (FERMA), the Ministry of Works, and other relevant authorities to find out why the expressway was abandoned for over 40 years.

He also asked the committees to provide a permanent and sustainable solution plan and report to the Senate in 2 weeks. Lawan urged the federal government to direct the Federal Ministry of Works and Housing and Infrastructure Concession and Regulatory Commission (ICRC) to initiate a BOT or PPT arrangement to construct this road.

All this progress resulted from a motion titled “Need for the construction of the Badagry/Sokoto Expressway to promote economic growth and development,” which was sponsored by Senator Suleiman Umar (APC, Kwara North) and co-sponsored by seven other senators. While presenting the motion, Umar said that the expressway is a federal government road that is too important to be left out.

He also stated that the road is the Nigerian section of the Trans-West Coastal Highway project to link 12 West African coastal nations.

While seconding the motion, Senator Sani Musa said, “The expressway is a link road that will reduce the only one single road that goes to Jebba, linking north and south. If this road is constructed, it will sustain the lifespan of our roads. I so stand to support this motion wholeheartedly.”

Senator Tolu Odebiyi said, “It is important that the government goes back to this road, open it up and make it viable and open this country up for more economic investment.” He explained that the construction of this expressway is necessary for the growth of the country’s economy.