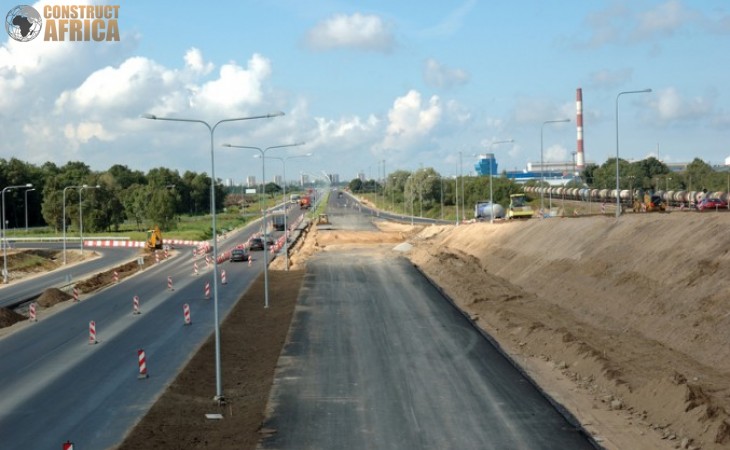 The official signing of the contracts between the Borno State Government (BOSG) and the two construction firms took place in January 2022 at Musa Musa Usman Secretariat in Maiduguri, the capital of Borno State.

The combined value of the contracts is is N11.6 billion (approx. US$29 million). The scope of works under the contracts consists of roads, drainage and bridge construction works with pre-approved specifications.

EEC was awarded an N8.8 billion (approx. US$22 million) contract for 5.324 kilometres of road and bridge construction works, comprising the dualisation of Ahmadu Bello Way to Bama Road junction, Shehu Sanda Kura Road, Monday Market roundabout, Elkanemi roundabout and Mogoram to Lafiya Road with a bridge to be sited at Ahmadu Bello way linking Bama Road, and another bridge that will connect Elkanemi roundabout to Lagos street junction. Eighteenth Engineering Company (EEC) is a Chinese contractor.

OTEC was awarded a N2.8 billion (approx. US$7 million) contract for 7.88 kilometres of road construction works, comprising the Baga road market-Jajeri-Umarari-Bulabulin with another one linking Texaco-Churchkime-Abdu One road. Obtuse Tech Engineering Company (OTEC) is a local construction company based in Borno state.

Speaking during the contract signing ceremony, the Permanent Secretary in the Borno State Ministry of Works, Engineer Ali Goni Lawan, stated that the tender/bid documents for the projects were advertised in some national dailies in September last year (2021), after which companies were invited for the bid, adding that EEC and Obtuse Tech Engineering Company won and were considered to execute the projects. Engineer Lawal further stated that following the signing of the contracts a team of Engineers from the state's Ministry of Works will be available to constantly monitor and evaluate the progress of the projects and maintain communications between the two firms.

Umar Sheriff Lawan, Managing Director of OTEC stated that the contract award to his company was a major milestone in the company's history, noting that OTEC has been in the business of construction works for a decade during in which it has executed several road projects to standard across the state and the awarding of the N2.8 billion road contract by the governor shows confidence in the firm.

Also speaking during the contract signing ceremony, Mr Li Choa Qi, EEC's project engineer, thanked the Borno state government for considering the firm worthy of executing the road and bridge project, and gave an assurance that EEC will meet the specifications and complete the project within the stipulated one year time frame.