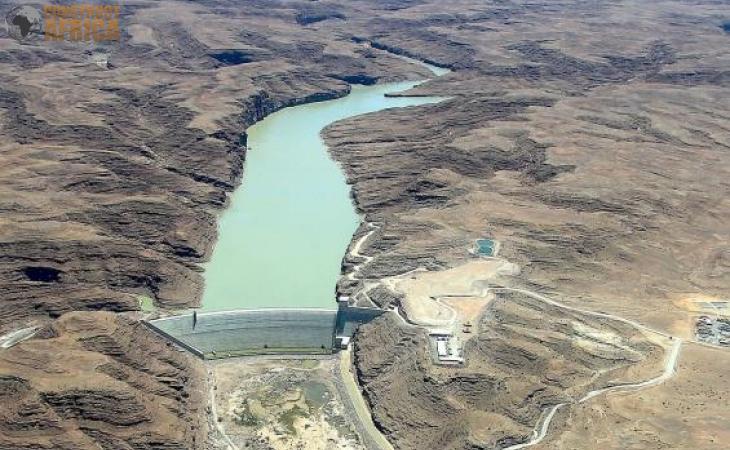 The Namibian government cannot afford to implement the planned 5,000-hectare irrigation scheme outside the Neckartal dam.

Calle Schlettwein, the agriculture, water, and land reform Minister, told parliamentarians the unfortunate news in late February this year. This scheme was aimed at increasing food security and economic development in the //Karas Region.

Calle Schlettwein gave this news while responding to National Unity Democratic Organization (NUDO)’s Utjiua Muinjangue, who was was inquiring about the status of the envisaged Neckartal irrigation scheme.

The irrigation scheme was expected to produce a valley of lush green lands in which high-value crops such as maize, wheat, fruits and vegetable, and animal fodder could be grown for personal consumption and export.

The Neckartal Dam was constructed by Italian construction firm Salini Impreglio, and is located in the //Karas Region of southern Namibia. Construction of the dam started in 2013 and was completed last year (2020). It is a curved gravity dam on the Fish River near Berseba, approximately 40 kilometres northwest of the regional capital Keetmanshoop.

However, Schlettwein explained that the government could not proceed with the scheme’s development due to the country’s economic state.

The reason being that the design of the existing green scheme project requires the government to identify the land, and clear and fence it off before starting the development of irrigation infrastructure for small and medium-scale components of the farms. Also, the soil suitable for the irrigation scheme is not abundant in the subject area.

Schlettwein added, “It should be noted that such a design will rely on government providing all financial resources required for the development of the medium and small-scale components. This was not tenable under the current economic conditions.

“The positioning of the irrigation project, therefore, mainly depended on the location of suitable soil.” He also stated that the ministry had found suitable soil on farm Schlangkopf (1,900ha), farm Dagbreek (1,700ha) and farm Schaapplaats (3,70ha).

He added that an additional 1,030ha of suitable land still needs to be confirmed. “We will continue to identify additional land in the surrounding areas of the dam to reach a target area of 5 000ha required to maximise the utilisation of the harvested water,” he explained.

At the moment, the water reticulation system to the green scheme irrigation project is currently unavailable. Nonetheless, water from the main dam to be balancing the reservoir is in place. Schlettwein added, “Off-take from the balancing dam to the irrigation plots will only be developed during the second phase of the project, which is the construction of the irrigation scheme.”