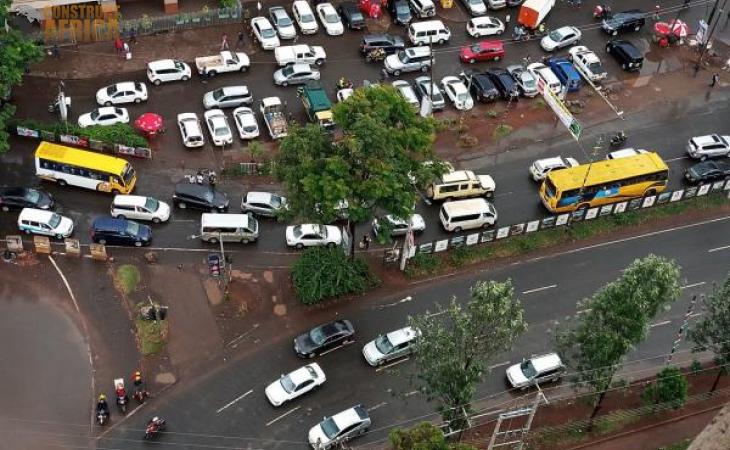 The design of Nairobi's new Integrated Traffic Management Centre (TMC) is complete. The next phase of the project is construction of the facility.

The Kenya Urban Roads Authority (KURA) reported that preparations for groundbreaking are in the works.

The centre will be located on a 10-acre parcel of land in the City Cabanas area. This land was newly acquired and is on Mombasa road.

The completed plan also includes a space for the command team of engineers, traffic police officers, and system specialists, who will monitor and act on the data coming through. The cameras at road junctions will capture all incoming traffic through digital number plates. These plates are embedded with microchips that feed the data into the TMC in real-time.

Mr Cheboi said, “The centre will be a three-in-one where BRT, commuter rail and traffic will be controlled from.  Apart from the road junctions, we will be removing some selected roundabouts as we redesign and signalise 25 new intersections.”

He added that the authority’s first task following the groundbreaking would be to set up 102 new road intersections following President Uhuru Kenyatta’s directive last year. The President directed KURA, together with the Nairobi Metropolitan Services (NMS) and Nairobi Metropolitan Area Transport Authority (Namata), to enhance traffic management in the capital through rehabilitation and re-introduction of synchronized traffic lights across the city.

The Intelligent Transport System (ITS) has successfully been piloted at several major junctions outside the city centre. Some of these areas include the Western Ring Road from Yaya Centre through Kileleshwa Ring Road extending to Waiyaki Way. This system uses artificial intelligence to manage urban traffic.

Using intelligent algorithms, the smart traffic lights system enables longer traffic flow from roads with the most traffic and allocates less time where there are fewer vehicles. This, therefore, minimizes the unnecessary waiting time and manages traffic in the city.

The mobile electronic police system that comes with the system allows flexible monitoring of roads. Therefore, the command centre can identify traffic law violation incidences and where they occur. This, in turn, supplements the police's efforts in enforcing traffic rules and regulations, making the roads safer.