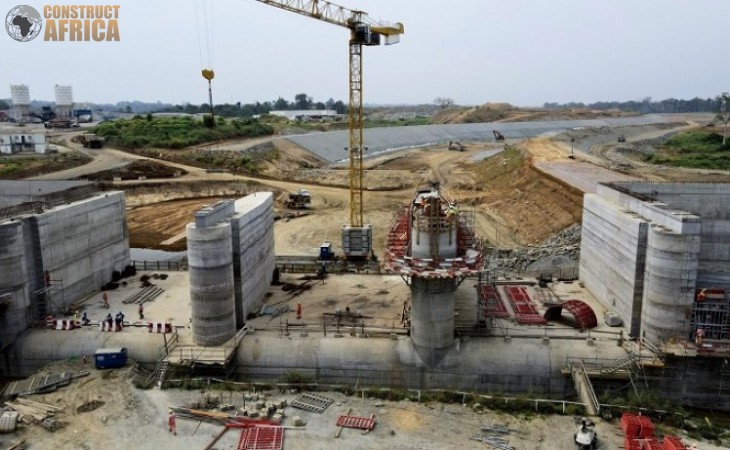 The 420 MW hydropower plant is under construction, and on completion will aim to bridge Cameroon’s demand-supply power gap.

On August 18, 2019, Besix Group won the contract to build a 420 MW hydropower plant in Cameroon. Besix is undertaking the project in partnership with Nouvelle Génération d’Entrepreneurs (NGE, a French construction company) and the General Works Company of Morocco (known by its French acronym, SGTM).

The civil consultants for the project are Tractabel and ISL. Besix Group will be in charge of the design and civil works construction of the dam. GE Hydro France and Elecnor are responsible for electromechanical work. The transmission pipelines are being built by Bouygues Energies and Services.

Located on the Sanaga River, this dam is being developed by Nachtigal Hydro Power Company (NHPC) and will add an extra 30% of hydropower to boost the power scene in Cameroon.

NHPC is a collaboration between Electricité de France (EDF, 40%), International Finance Corporation (IFC, 30%) and the Republic of Cameroon (30%). The project is estimated to cost €1.2 billion (656 billion CFA francs). NHPC will operate the project for 35 years after which it will be transferred to the Cameroon Government.

IFC will provide an equity investment of €60 million and a loan of up to €110 million for the project. In collaboration with 11 commercial banks, IFC is arranging an investment of €806 million. MIGA and IBRD are providing €192 million and €257 million respectively.

The project will have five main components

The project started in 2018 and is scheduled to last 57 months with commissioning of the last turbine expected in 2022.

A secondary 4.5 MW power plant will also be constructed downstream from the main power plant to generate electricity from the water flow (riparian release) to be discharged downstream of the dam. Electrical power generated will first be sent to the Nyom 2 substation, and then to the Southern Interconnected Grid (SIG).

This project will help increase the electricity production in Cameroon by 30%. Elisabeth Huybens, the World Bank’s Director of Operations for Cameroon, said "The Nachtigal Project, one of the very few public-private partnerships (PPPs) to have emerged in the hydropower sector in sub-Saharan Africa, will accelerate Cameroon’s development goals, including poverty reduction”.

Power generation costs will drop by US$100 million annually. A total of 1500 jobs is also expected to be created through this project.