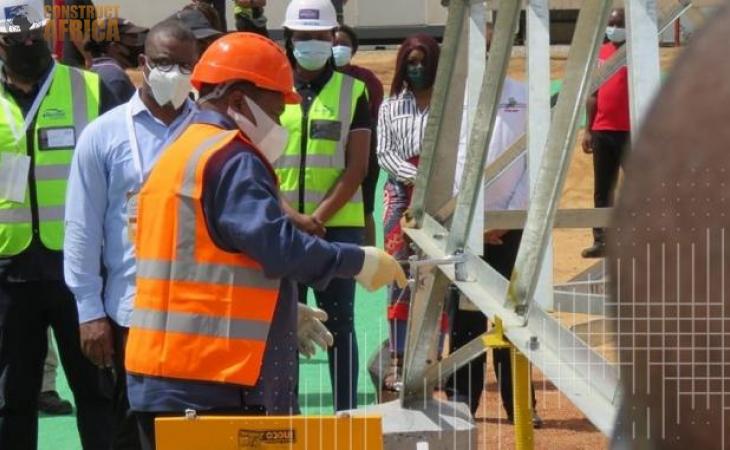 President Filipe Nyusi has laid the foundation stone for a 400kV high-voltage power line, running across the central province of Zambézia from Chimuara to Alto Molocue.

This high voltage power line is 366 kilometre long and includes over 850 towers. It is reported to be one of the longest and most ambitious power transmission lines in Africa.

The project is estimated to cost US$150 million, and is being funded by the Islamic Development Bank (ISDB).  Completion is scheduled for 2022, with the construction phase expected to create about 1,200 jobs.

Along with the two new 400/220 kV substations in Chimuara and Alto Molocue, each with an approximate area of 60,000 m2, the Chimuara to Alto Molocue transmission line will comprise the first phase of the Chimuara-Nacala power transmission venture, which will develop 1,000 kilometres of transmission lines linking Mozambique’s central power network to the northern network. Once complete, this venture will provide sustainable solutions to the region, thus empowering the residential communities and continuously growing industries in Northern Mozambique.

Engineering consulting firm, Dar, is in charge of design review, project management, and construction supervision on the project.

While addressing audience at the foundation-laying ceremony, President Nyusi stated that electrification is one of the government’s priorities. This is why the country has just witnessed the launch of groundbreaking work for the line, which is considered the “backbone” of the power grid, which will transport over 400 kilovolts of power.

In the neighbouring province of Sofala, this electricity project will offer reliable power supply to the districts of Caia and Marromeu and other areas in the northern part of the province. The project will also establish the interconnection between the Mozambican power grid and Tanzania in the mid-term.

By the second half of this year, construction works connecting the Mozambican and Malawian grids will begin. The President reaffirmed the government’s commitment to electrify all the administrative posts all over the country in the framework of the programme “Energy for All”.

He said, “As we take electricity to each and every household, we are meeting the goal posed by Agenda 2030, which challenges governments to provide electricity to all, over the next ten years.” To fulfil this goal, the government decided to abolish the electricity fee for new domestic consumers’ connections.

This decision was implemented last year, and the publicly-owned electricity company, EDM, has established 37,000 new connections. This initiative has benefited approximately 185,000 citizens in just three months. Nyusi said, “This growth is clear evidence of the outcome brought about by elimination of the electricity connection fee.”