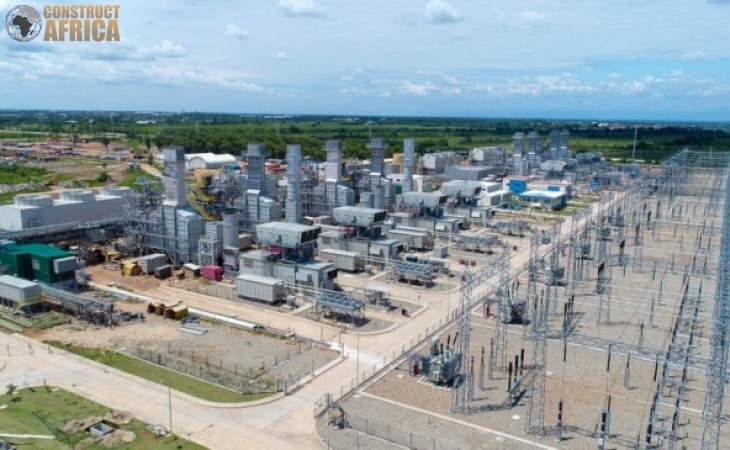 Construction of the Temane gas and power projects in Mozambique has commenced.

Mozambique President Filipe Nyusi has laid the foundation stone to mark the commencement of construction of the Temane Thermal Power Plant, the Temane-Maputo Power Line, and an LPG cooking gas factory. The foundation laying ceremony took place on March 28 at Inhassoro, Inhambane Province, in southern Mozambique.

The project will involve the construction of 563 kilometres of a 400kV, single-circuit power transmission line between Maputo and Vilanculos near Temane. The gas-to-power Temane Thermal Plant (TTP) will be able to generate 450 megawatts of power. There will also be an LPG plant that will produce 30,000 tonnes of cooking gas annually and 4,000 barrels of light oil daily for export.

On completion, the plant will be able to meet the electricity demands of around 1.5 million households.

The electricity generated from the power plant will be sold to Electricidade de Moçambique (EDM) under a 25-year deal. EDM is Mozambique's state-owned energy company which deals with the generation, transmission, distribution and sale of electricity.

The plant will use natural gas from the Pande-Temane PSA gas fields operated by Sasol and the Mozambican national oil and gas company Empresa Nacional de Hidrocarbonetos (ENH).

A contract for the design and construction of the power station was awarded to Spanish company, TSK. TSK will be responsible for the turnkey execution of the plant and will collaborate with Siemens for the turbines they will be using on the project. The Siemens SGT-800 turbines selected to be installed on the project can be upgraded to handle high hydrogen content, which will further reduce the plant's carbon footprint.

The estimated cost of the project is US$652.3 million. Financing close for the project was announced in December 2021. The International Finance Corporation (IFC), the Dutch bank FMO and Emerging Africa Infrastructure Fund (EAIF) provided US$253.5 million of funding. The United States International Development Finance Corporation (DFC) provided US$191.5 million and the OPEC Fund for International Development provided US$50 million. The World Bank’s Multilateral Investment Guarantee Agency (MIGA) funded US$251.3 million in political risk assurance.

On completion, the plant will be able to meet the electricity demands of around 1.5 million households.

According to a statement on the website of the U.S. consulate in Mozambique, the United States’ International Development Finance Corporation will provide up to $200 million in a direct loan to the Temane project. The loan will help support the design, construction, and eventual operation of the Temane gas-fired power station, which will bring low-cost baseload energy online at 36% below EDM’s current average cost of power.  It will also diversify Mozambique’s energy mix, currently heavily reliant on hydroelectric power.

Construction of the TTP is expected to create around 3,000 jobs, of which 200 will be permanent once the power plant is operational.

The project is in line with the Paris Agreement on climate change. On completion, the Temane power plant will support Mozambique's planned green energy transition to net zero by 2050.

Speaking at the groundbreaking ceremony, President Filipe Nyusi said, “Today we mark a milestone in the framework of this endeavour to illuminate Mozambique. Our governance aspires that more than 10 million Mozambicans will have access to electricity for the first time in their homes by 2024.”

Also speaking at the ceremony, Abigail Dressel, Chargé d’Affaires of the US Embassy in Mozambique, said “The US Government, the Government of Mozambique and other partners worked closely to get us here today, breaking ground on a project that supports Mozambique in its goal to provide every citizen with access to electricity by 2030. The Temane energy project is essential to the economic transformation underway in Mozambique and southern Africa and we’re proud to support it”.

The Temane power plant project is an anchor project for the construction of approximately 600 kilometres of high-voltage transmission lines running through Mozambique. The total investments, including cost of the development of the national grid, is estimated to be around US$2 billion. This will include gas management schemes as well as development of regional grids.