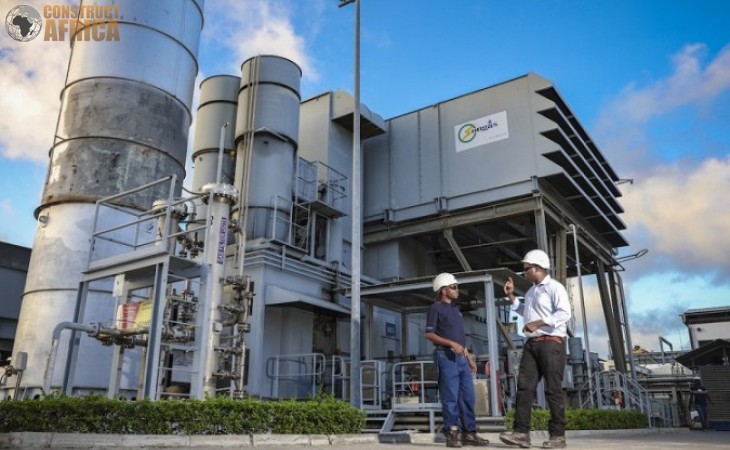 Funding of US$652 million has been secured for the Temane Power Project in Mozambique.

The gas-fired power plant will have a capacity of 450 MW, and is located at Temane in Inhambane Province, Mozambique.

The project is being developed by a consortium composed of Globeleq (an institution formed by Norwegian and British funds), the South African hydrocarbon company Sasol, EleQtra, and Mozambique’s publicly-owned electricity company, Electricidade de Moçambique, E.P. (EDM) which holds a 24% stake in the project.

The Temane power plant project will form part of a broader project which includes a new 563 kilometres high voltage transmission line (the Temane Transmission Project (TTP)) and the first phase of the interconnection of the southern grid to the central and northern grids of Mozambique. Together, the entire value chain (gas development, gas fired power plant and transmission infrastructure) will draw a total of up to US$2 billion in investment.

A press release by Globeleq, the project leader, stated that the project will be constructed by the Spanish contractor TSK, utilising efficient and well-proven Siemen’s gas turbine technology. TSK is reported to have extensive experience in designing and constructing similarly sized combined-cycle power plants and will leverage their in-country construction experience during the 34 month construction period. The project is scheduled for completion in 2024.

The US$652.3 million debt financing of this Temane plant project will be provided by IFC, together with FMO and Emerging Africa Infrastructure Fund (total US$253.5 million), US International Development Finance Corporation (DFC) (US$191.5 million) and OPEC Fund for International Development (US$50 million). The Multilateral Investment Guarantee Agency (MIGA) will provide up to US$251.3 million in political risk insurance to private sector equity investors.

This project will be the frontrunner in taking Mozambique through a green energy transition. It will help Mozambique make the switch to net-zero emissions by 2050 and complement clean energy generation. It will also help meet the electricity demand of 1.5 million households and create 830 jobs during construction and 90 permanent jobs during operations, excluding engineering and other work performed off-site.

Mozambicans will be prioritized for jobs during both construction and operations. It is estimated that the project will support the creation of 14,000 indirect jobs and livelihoods when the power plant becomes operational in 2024.

The power generated from the Temane power plant will be supplied to Mozambique's national power utility Electricidade de Moçambique, E.P. (EDM) under a 25 year agreement.

This pioneering project has the potential to deliver significant economic and social benefits by helping meet Mozambique’s growing demand for power. It will help support the country’s economic recovery and the region’s energy transition,” said Linda Munyengeterwa, the IFC’s regional industry director for infrastructure, Middle East and Africa.

Mike Scholey, CEO of Globeleq, stated: “Globeleq is committed to supporting the Government’s aim of achieving universal electricity access by 2030 and positively impacting the regional energy landscape. The Government of Mozambique, through EDM, is a strategic partner for Globeleq as we grow to develop other projects in renewables, such as the Cuamba solar and battery project and other wind and solar developments underway.”