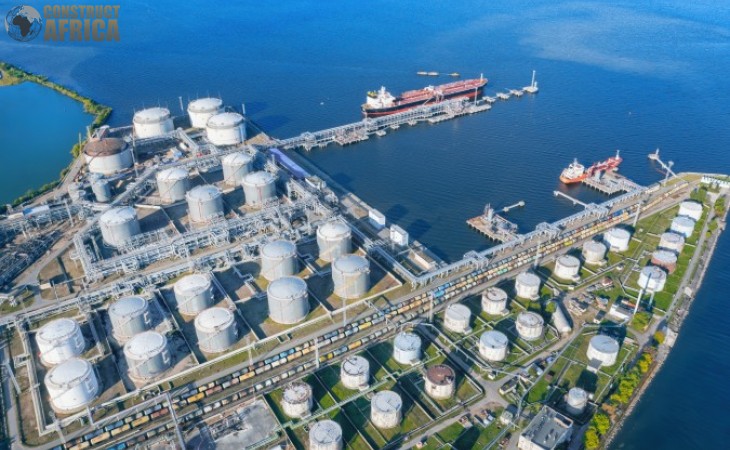 The project will increase crude oil storage capacity in the port to 5.3 million barrels.

Egypt’s Minister of Petroleum and Mineral Resources, Tarek El-Molla, has laid the foundation stone for expanding the Al-Hamra Petroleum Port in the El-Alamain region.

The Al-Hamra Port is operated by the Egyptian Western Desert Petroleum Company, and currently has six storage tanks with a total capacity of 1.5 million barrels in operation as well as one buoy mooring facility for loading and unloading.

The port was initially built to handle ore produced in Egypt’s Western Desert.

Two crude oil storage facilities are currently under construction at the port - warehouse no. 7 with a capacity of 630,000 barrels, and warehouse no. 8 with a capacity of 500,000 barrels. Both storage facilities are being constructed by Petrojet, a general contractor, together with Enppi, an EPC contractor, and will increase the total storage capacity of crude at the Al-Hamra Petroleum Port from 1.5 million barrels to 2.6 million barrels.

The new expansion works launched this August by Tarek El-Molla, the Minister of Petroleum and Mineral Resources aims to expand the port facilities’ storage capacity.

An additional 420-acre plot next to the Al-Hamra Port area will be used for the distribution of petroleum products and as a shipping station to serve the expansions to El Alamein city.

“The port’s expansion plan aims to turn it into a strategic centre on the Mediterranean coast for the circulation of crude and petroleum products. Expansion plans have been in place for several years, and today we laid the foundation stone for them. The expansion aims to develop the new Alamein area and provide energy for the factories that will be established there,” Minister Tarek-El Molla said.

The project comes under the framework of the government’s plans to develop the new El-Alamein city into a strategic centre on the Mediterranean coast to circulate crude and petroleum products.

The expansion will maximise the benefit from the petroleum sector's infrastructure and increase efficiency. The addition to the port allows it to play a vital role in Egypt’s national goal of making it a regional centre for energy storage, and trade.

Ibrahim Masoud, President of the Western Sahara Petroleum Company, WEPCO, which operates the port, stated that the two new expansion areas would add up to 240% to its current size.