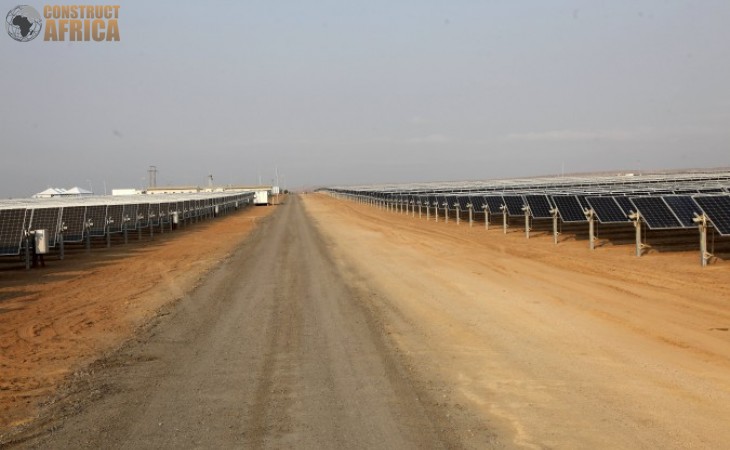 Portuguese group MCA completed two photovoltaic parks in Biópio and Baía Farta, in Benguela province in Angola, on 20 July 2022. The parks, with an installed capacity of 285 megawatts peak (MWp), will produce green electricity to supply about 1.8 million people.

MCA is part of the international consortium responsible for the project's development, leading its execution phase in engineering, procurement, and construction (EPC). Its activities are in Energy, Urban Development, Construction, and Health. MCA focuses on the Iberian Peninsula, Central, and Eastern Europe, Africa, and Latin America.

The two photovoltaic parks in Angola are part of Angola's 2018-2022 National Development Plan to diversify the country's energy production sources.

With an expected installed capacity of 189 megawatts peak (MWp) of electricity, enough to supply over a million consumers, the photovoltaic plant in Biópio, Catumbela municipality, is the biggest solar energy project in Angola and sub-Saharan Africa.

The park includes about 509,000 solar panels. The second plant, Baía Farta, with 96 MWp, will inject energy into the national grid to benefit over half a million consumers and is made up of about 261,000 solar panels.

The plants are part of a set of seven, with a total capacity of 370 MWp in the provinces of Benguela, Huambo, Bié, Lunda-Norte (in Lucapa), Lunda-Sul (in Saurimo), and Moxico (in Luena), which should be operational by the end of the year. Together they will provide renewable and clean electricity to around 2.4 million people.

Implementing this project will represent an essential contribution to the Sustainable Development Goals (SDGs) of the United Nations.

It will allow an annual reduction of pollutant emissions of about one million tons of CO2 (carbon dioxide), eliminating the need to consume about 215 million litres of diesel per year in generators and thermal production and contributing to a considerable saving in the country's imports.

MCA is a Portuguese group founded in 1998 in Guimarães, Portugal, by entrepreneur Manuel Couto Alves. Its activities focus on four business verticals, namely Energy, Urban Development, Construction and Health. MCA began its internationalisation in 2006 in the Angolan market and is today focused on four geographic clusters that include the Iberian Peninsula, Central and Eastern Europe, Africa and Latin America. The company seeks to create and share long-term value, promoting sustainable and inclusive development in the communities where it operates.

Top Photo (supplied by Raul Gouveia at cunhavaz.com on behalf of MCA)