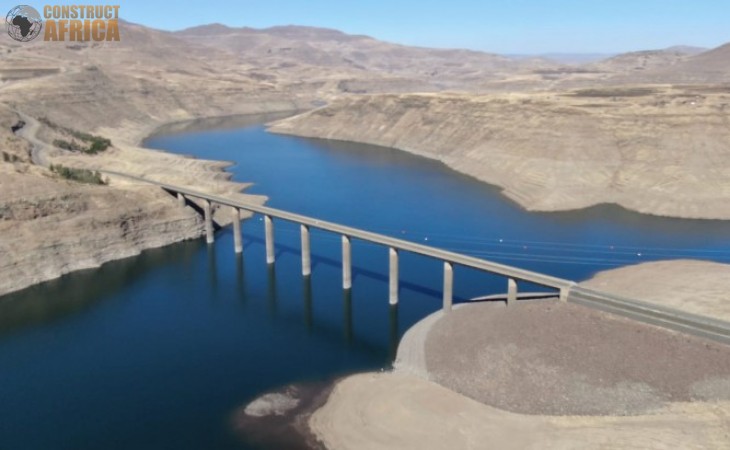 Tenders for the construction of the Mabunyaneng and Khubelu bridges under Phase II of the Lesotho Highlands Water Project (LHWP) have been advertised by LHDA.

The procurement for the two smaller bridges follows the tender for the biggest of the three Phase II major bridges, the Senqu River Bridge in March. Tender submissions for the Senqu Bridge construction closed on 09 July 2021.

“Procurement for the construction of the two bridges construction also follows the start of the Polihali transfer tunnel and Polihali dam construction tenders in May and August, respectively. It marks the last step in the procurement of Phase II major works construction,” confirms Ntsoli Maiketso, LHDA’s Phase II Divisional Manager. “Each of these tenders is another step on LHDA’s journey to deliver Phase II of the Lesotho Highlands Water Project on behalf of the governments of Lesotho and South Africa and to advancing the economies of our two countries.”

The new Khubelu and Mabunyaneng River bridges will be located upstream of the two existing bridges along the A1 road, to provide access to Mokhotlong town across the Polihali reservoir even at full supply.

Interested construction firms have up to 17 February 2022, to submit tenders. Specific information on the requirements and conditions of the tender is available on the LHDA website at http://www.lhda.org.ls/tenderbulletin/.

Earlier this month (October), the African Development Bank approved a loan of US$86.72 million to co-finance the second phase of the Lesotho Highlands Water Project.

The African Development Bank has approved a $86.72M loan to co-finance the second phase of the #Lesotho Highlands Water Project, which will generate #hydroelectricity for the country, and provide water to parts of neighbouring #SouthAfrica.

Phase II of the Lesotho Highlands Water Project builds on the successful completion of Phase I in 2003. It delivers water to the Gauteng region of South Africa and utilises the water delivery system to generate hydroelectricity in Lesotho.

Photo: Malibamatso River Bridge which was built as part of Phase I of the LHWP. The bridge is a high altitude bridge as the Phase II bridges will be. (Lesotho Highlands Development Authority)