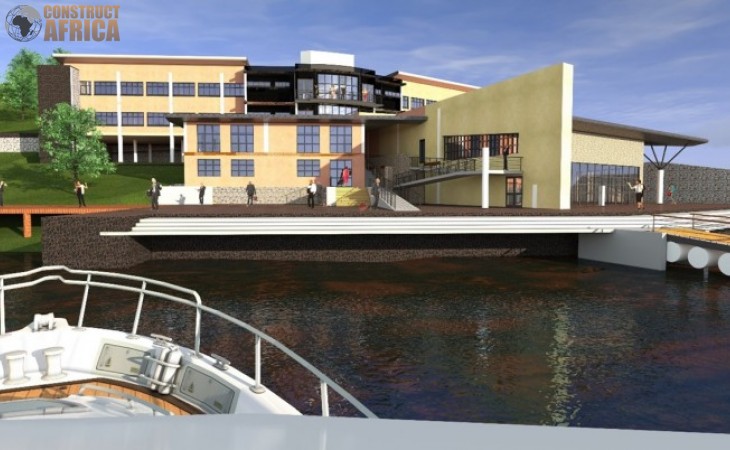 L&M, a joint venture between a Lesotho company, LSP Construction, and a South African company, Mofomo Construction, has been awarded the contract for construction of Polihali Operations Centre, a critical component of Phase II of the Lesotho Highlands Water Project’s (LHWP) advance infrastructure.

The contract was awarded by Lesotho Highlands Development Authority (LHDA).

Site establishment work has already started following the site handover in March. The M97 million (approx. US$6.6 million) project is expected to be completed by the end of October 2023.

“This is the third of four construction contracts to be awarded which is specifically packaged to enhance the participation of small and medium-sized contractors in Phase II,” confirms Mr Ntsoli Maiketso, LHDA’s Phase II Divisional Manager. “It follows the contracts for the Polihali Village construction and the upgrades to Katse Lodge and Katse Village, which were awarded at the end of 2021. All three are part of the Phase II advance infrastructure most of which will be completed prior to the dam construction.”

The Polihali operations centre is a multi-storey office building  and visitors’ centre which houses an auditorium, conference rooms and an exhibition hall.  The works also comprise underground parking facilities and external works, including service connections to the boundary of the site, road works within the site, paving and landscaping.

The operations centre will be used as the Polihali Dam engineer’s offices during the construction of the dam. On the dam’s completion, it will house the offices of the LHDA operations staff and the visitors’ information centre, the hub of LHWP information for tourists coming to the area.

Polihali Infrastructure Consultants, comprising the South African-based Mott MacDonald PDNA (Pty) Ltd and Khatleli Tomane Moteane Architects (Pty) Ltd of Lesotho, was awarded the contract for the planning, design and construction supervision of the Project housing and associated infrastructure in 2015.

Phase II of the Lesotho Highlands Water Project builds on the successful completion of Phase I in 2003. The LHWP delivers water to the Gauteng region of South Africa and utilises the water delivery system to generate hydroelectricity in Lesotho. Phase II will increase the current water supply rate of 780 million cubic metres per annum incrementally to approximately 1,270 million cubic metres per annum. The increased water flow will simultaneously increase the energy generated by the ‘Muela hydropower plant, a further step in the process of securing an independent power supply to meet Lesotho’s domestic needs.

The Government of Lesotho has approved the commencement of the Phase II hydropower tender design. The procurement of a service provider for the Detailed Design and Supervision of the Oxbow Hydropower Scheme has started.

LHWP is multi-phased, multi-billion Maloti / Rand project between the governments of the Kingdom of Lesotho and the Republic of South Africa. It comprises water transfer and hydropower generation components with associated ancillary developments. The water transfer component entails the construction of dams and tunnels in Lesotho, enhancing the use of water from the Senqu (Orange) River and its tributaries by storing, regulating, diverting and controlling the flow to effect the delivery of specified quantities of water to South Africa, and utilizing the delivery system to generate hydro-electric power in Lesotho.

The major works of Phase I included the construction of the Katse Dam, the transfer and delivery tunnels, Matsoku Weir, ‘Muela Hydropower Plant and the Mohale Dam. The Phase II water transfer component comprises a dam at Polihali and a gravity tunnel that will connect the reservoir at Polihali with the Katse reservoir. The hydropower component comprises the Oxbow Hydropower Scheme.