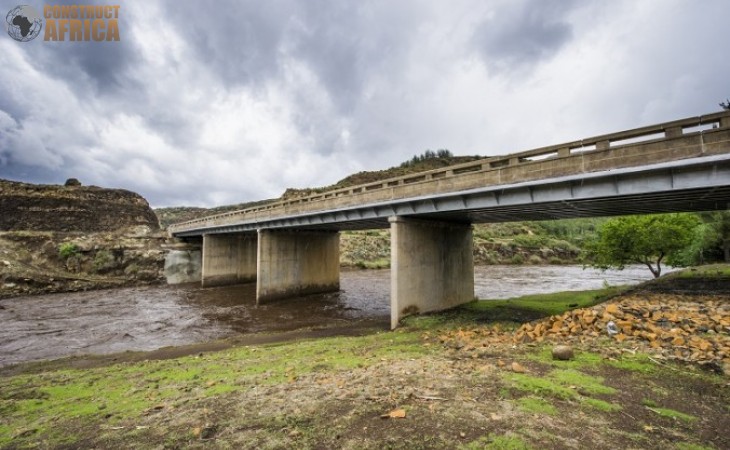 The Lesotho Highlands Development Authority (LHDA) has awarded the contract for constructing the Senqu Bridge to the WRES Senqu Bridge Joint Venture. Construction will begin shortly and is expected to take three years to complete.

The contract is valued at approximately M2 billion (2 billion maloti).

Almost a kilometre (825m) and 90 metres high, the Senqu Bridge will be Lesotho’s first extradosed bridge, meaning a cross between a girder and a cable-stayed bridge.

It is larger than the Mphorosane Bridge on the Malibamats’o River, which spans the Katse Dam and was constructed in Phase I of the Lesotho Highlands Water Project (LHWP).

It is also the largest of the three bridges under Phase II to span the Polihali reservoir. The bridge design considered the Mokhotlong highlands’ long, cold and harsh winter conditions.

“Experience and expertise are crucial in delivering a sophisticated, technically challenging project, which will be a first for the LHWP and Lesotho. With its unique features, the Senqu Bridge will not only form part of the safe and efficient road infrastructure network constructed under Phase II but will be a major tourist attraction, contributing to long-term benefits in stimulating sustainable economic growth,” Ntsoli Maiketso, Phase II Divisional Manager said.

The Polihali reservoir is in the valleys and tributary catchments of the Senqu, Khubelu, Mokhotlong, Moremoholo, and Sehong-hong rivers. The Polihali Dam will have a surface area of approximately 5,000 hectares when constructed.

Besides the three major bridges, the restoration of access across the reservoir also entails the construction of new approach road sections to the bridges that tie into the exiting A1 Road.

The A1 is the main road between the Mokhotlong district in the mountainous northeast of the country and the capital, Maseru.

Work on the bridge design started in 2018, led by Zutari, formerly Aurecon Lesotho. Zutari also designed the Mabunyaneng and Khubelu bridges, the other two major bridges to be constructed under Phase II.

Because of the area’s deep valley and terrain, the deck will be constructed incrementally from both abutments. This construction method will minimise disturbance to the surrounding work area and increase workers’ safety.

An in situ segment mid-span of the centre span will connect the two parts to form a continuous deck. The pier shape is ideal to be constructed with sliding formwork.

Phase II of the Lesotho Highlands Water Project (LHWP) entails the construction of the Polihali Dam, the 38-km Polihali Transfer Tunnel, the associated infrastructure, and a hydropower scheme at Oxbow. It builds on the successful completion of Phase I in 2003.

The LHWP delivers water to the Gauteng region of South Africa and uses the water delivery system to generate hydroelectricity for Lesotho.

It will increase the quantity of electricity generated in Lesotho and is a further step in securing an independent electricity source to meet Lesotho’s domestic requirements and reduce the country’s dependence on imported energy.