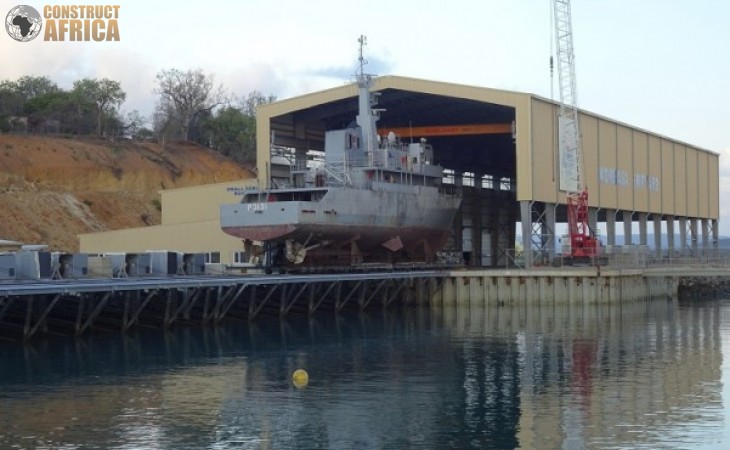 The new modern shipyard in Mombasa will provide Kenya with competitive advantages in shipbuilding and marine engineering.

The new shipyard was developed and built by Kenya Shipyards Ltd (KSL), and was unveiled by President Uhuru Kenyatta at the Mtongwe navy base in Mombasa.

The shipbuilding facility will be able to handle vessels of 4000 tons and 150 metres in length, and will boost Kenya’s maritime hub status across Africa. The new KSL Mombasa shipyard will also have the country's longest slipway, a platform on the shore by which ships can be moved to and from the water.

“In the project, Kenya, which owns about 17 military ships, seeks to save US$6,800 million per vessel in maintenance fees every 10 years, considering, since independence, all Kenyan ships are serviced and maintained overseas either in Spain or Netherlands. Every ship has a life span of 10-15 years before a full makeover”, said a spokesperson from the Kenyan armed forces.

KSL will use its own certified ship welders, which falls in line with the Kenya Government’s agenda to create over 10,000 jobs per year in the maritime sector. Currently, all ship welders in Kenya are foreign.

KSL functions as an anchor industry for Kenya's blue economy and will help in constructing civil and modular infrastructure workshops, slipways, jetties, bridges and other support for the maritime industry.

Kenya has already formed a full department on the national blue economy, which will need specialized vessels for deep-sea fishing in the exclusive economic zone, where untapped marine fishery resources need to be made use of.

Shipbuilding has always played an important role in Kenya's economy. The country built its first ship - the MV Uhuru II at the Kisumu port at least 70 years ago. Kenya's 'Vision 2030' agenda sees improving shipping and maritime infrastructure as one of the key components of progress.

The global ship construction market was estimated at US$126 billion in 2020, and is dominated by South Korea, China and Japan. The global maritime trade value is estimated at US$14 trillion, of which 40% (approximately US$5.6 trillion) passes through the east coast of Africa. With the launch of the new KSL Mombasa shipyard, Kenya will now have a chance to access the lucrative shipbuilding and repair business through the US$5.6 trillion maritime trade conducted in the east Africa region, by ensuring that ships pass through Kenya for repair and maintenance.